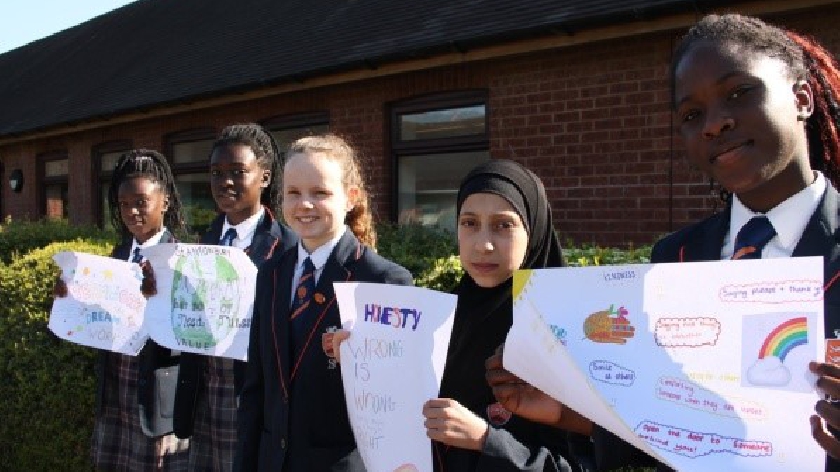 This has been awarded months after the school was put in to special measures by Ofsted, the worst rating that the national inspectors could give, where pupils were described as "increasingly rowdy and sometimes dangerous".

Ofsted's inspection of the school took place in January 2020, and since then, Stantonbury International School has assured Milton Keynes Council that changes are taking place, with the new management rejigging its top teachers and improving facilities, amongst other things.

And now the school has received The International School Award by the British Council which celebrates the achievements of schools that do "exceptional work in international education".

On hearing the news that Stantonbury International School had received the award, Sandra Underwood, International coordinator and Middle Year Programme (MYP) lead in Modern Foreign Languages (MFL), said: “We are delighted to have been awarded the International Schools Award and the students are a credit to the immense project work that took place. Providing international links within the curriculum enriches teaching and learning, giving young people a window into different cultures and countries Student involvement in various aspects of international activities has given them a real sense of purpose especially as they were able to work with other like-minded students abroad.”

Sir Ciarán Devane, CEO of the British Council, said: “The school’s fantastic international work has rightfully earned it this prestigious award. The International School Award is a great chance for schools to demonstrate the important work they’re doing to bring the world into their classrooms. Embedding an international dimension in children’s education ensures that they are truly global citizens and helps prepare them for successful lives and careers in an increasingly global economy.”

The award, which celebrates its 20th Anniversary this year, is now available worldwide in countries such as India, Sri Lanka, Egypt, Lebanon, Nigeria, and Pakistan. Over 6000 International School Awards have been presented to successful schools in the UK since the scheme began in 1999.

The good news for Stantonbury International School comes as students and teachers in Year 7, 8, and 9 are self-isolating due to confirmed cases of coronavirus. Staff shortages due to self-isolation have also meant that pupils in Year 10 and 11 are learning remotely until the end of the month.