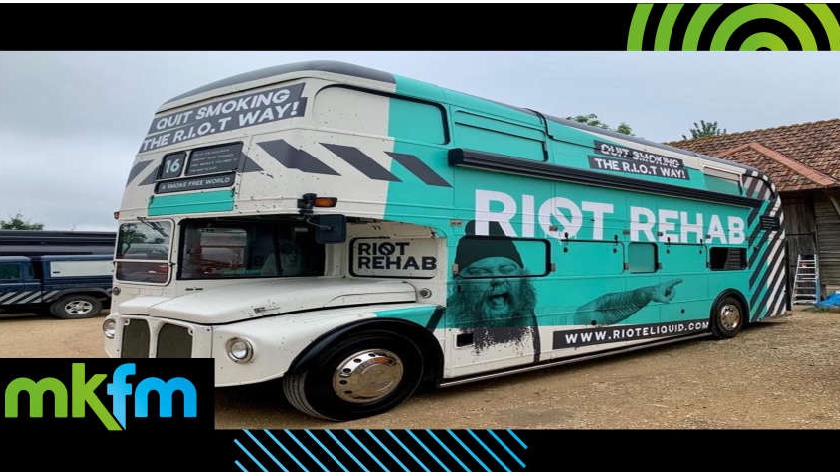 An MK-based company is helping people in the city quit smoking – whilst sitting in the hairdresser's chair.

Riot Rehab, has launched the unique concept in a bid to help the estimated 30,000 tobacco users in the region quit for good with help from entrepreneur and TV star hair stylist, Rochelle Anthony.

The awkward 30 minutes of small talk, whilst getting a trim, is a well-known staple of British life. Now, the quit-smoking experts at Riot Rehab are hijacking this moment of uncomfortable conversation to provide quit-smoking education to clients, whilst providing them with a free haircut.

The launch coincides with the month best known for people to tackle ingrained habits like smoking, whilst the brains behind the initiative hope the offer of a free haircut will provide some reprieve during a tough month for many people.

The brash Riot Rehab bus, which has undertaken multiple quit-smoking missions across the UK in the past 12 months, has been converted into a pop-up hair salon that will offer free haircuts to hundreds of MK-based smokers.

Rochelle, who hails from Milton Keynes, and her stylist team will join forces with Riot Rehab quit-smoking experts to offer free haircuts to the public on January 28th from 12 - 7pm, at Centre:MK.

The service is dedicated to current smokers, or those trying to quit, and appointments can be booked here.

Men will be able to choose from a razor cut, scissor cut, fade cut, or a head shave. Whilst women can choose from a bob, one-length cut, dry styling curls, beachy waves, bubble ponytails, or pin curls. More information can be found here.

Using the hairdresser's chair as a scenario to provide education and support has emerged as a popular trend. A recent GYMSHARK campaign saw a pop-up barber used as a safe space for men to talk about their mental health, whilst a hair stylist in Sydney Australia uses her salon chair to educate clients on climate change.

Riot Rehab believes the pop-up, which it calls “taking the scissors to tobacco use”, is exactly the sort of disruptive service needed in MK to help the estimated 15% of the population that still smoke, to quit.

Last summer, Riot Rehab helped thousands of festival-goers quit smoking by educating them on the ground on its bespoke R.I.O.T 4-Step Quit-Smoking plan – now the same team of smoking cessation experts is taking to the salon to help people kick the habit.

Taking the scissors to tobacco use kicks off a big year of quit-smoking activations in the Milton Keynes area for Riot Rehab, who want to accelerate the process of making the region Smoke Free by 2025, long before the UK Government’s national target of 2030.

“Riot Rehab is on a mission to create a smoke-free world, and we’ve always tackled the issue of helping people quit smoking through disruptive methods compared to other brands and Government-backed health organisations.

We’re confident that tackling those moments of small talk head-on like the dreaded hair salon chair to deliver education and advice for tobacco users in Milton Keynes will have a significant impact on helping them quit smoking.

Let’s be honest, nobody loves yapping to their hairdresser for 30 minutes, so this is a really good use of the time in the chair – with the bonus of a free haircut.

We’ll be measuring the impact we have on smokers in MK, with plans to roll the initiative out nationwide later this year.”

Rochelle, who has shot to fame in recent weeks thanks to her business skills on TV, commented:

“As a salon owner, I know how engaging the interactions between stylists and clients can be. It’s a really useful segment of time where they tend to zen out and just listen.

It’s great that Riot Rehab recognised the power of the salon chair as a moment to educate people on quitting smoking, and to be back in my hometown to lend a hand is really exciting.

We can’t wait to welcome people to the salon and set them off on their quit-smoking journey, with a new trim.” 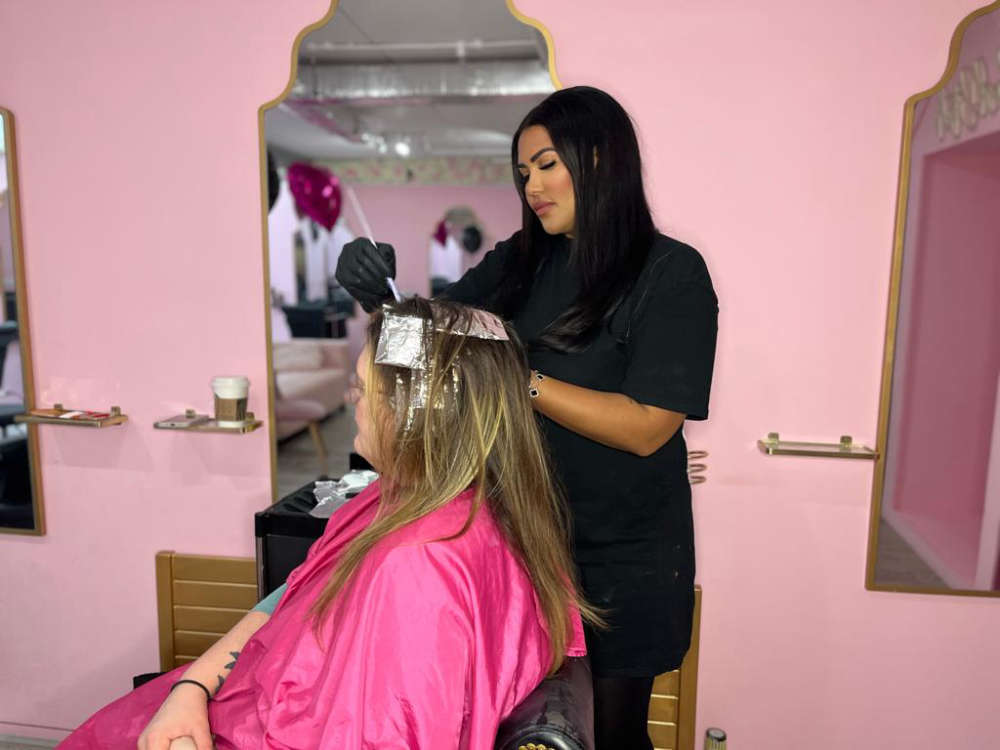