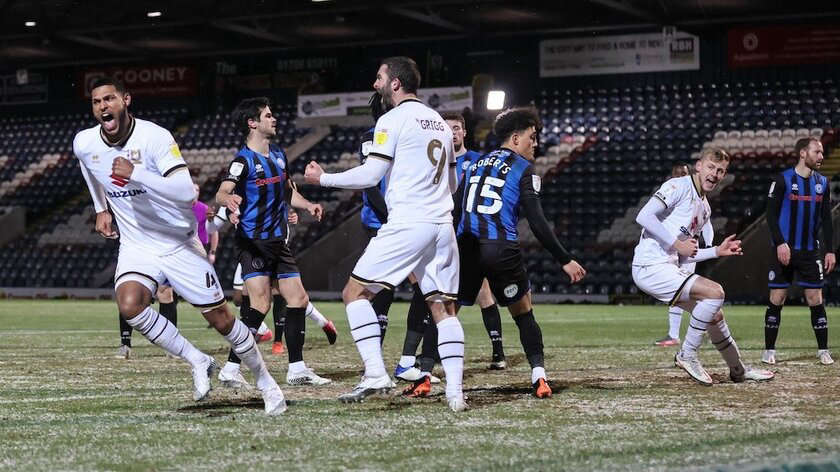 The Dons have already allowed Andrew Fisher, Laurie Walker and Charlie Brown to leave the club this window, with Max Watters also seeing his loan spell cut short, and reports have claimed that Jules could be next in line for a move elsewhere.

The 24-year-old towering centre back originally joined the Dons a year ago, from Walsall, and looked set to compete with club legend Dean Lewington for a place in then-manager Russell Martin's starting eleven.

With Lewington continuing to perform well above expectations for his age, Jules has found it difficult to get appearances under his belt at the club - featuring just 12 times since Liam Manning took charge and 32 times since first arriving at Stadium MK.

With such a lack of first-team football, it is unsurprising that a move away from the club could potentially be on the cards, with reports suggesting that fellow League One side Fleetwood Town is the destination.