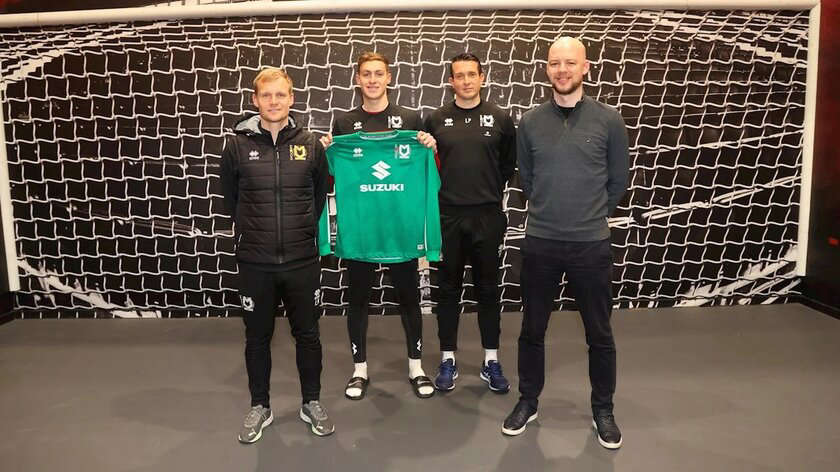 Now, he joins Liam Manning's side desperate to continue their promotion push and with a serious need at the goalkeeper position following Fisher's transfer.

"Both my spells at Stevenage and Gillingham were great for my development but this felt like the right next move for me in my career, especially with the way the team likes to play – it will give me an opportunity to show a side of my game that I would say is a strength."

"Playing competitive football week in, week out is what is all about. The pressure of having to get three points is something I thrive on and hopefully I can help this Club do a lot of that and achieve its goals for this season."

Sporting Director Liam Sweeting said: "I am delighted that we have been able to attract someone of Jamie’s quality. He has been one of the standout goalkeepers across the EFL this season and, crucially, arrives sharp and ready to make a difference for us."

"This is the second time this window we have seen a player choose to come to MK Dons mid-season, to not only challenge and help us in the second half of the campaign but also because they buy into the way we play and how we develop people along the way."

"I’d like to thank Chelsea for their assistance in moving as quickly as was possible to allow Jamie to join us."

Head Coach Liam Manning added: "Jamie has shown what he can do at this level having impressed with Gillingham during the first half of the season. We saw first-hand what he is capable of in the game here on New Year’s Day."

"Working with Pricey and alongside Franco (Ravizzoli), I am confident he will continue to progress as a professional and as a goalkeeper, and that, in turn, will help us on the pitch as well."