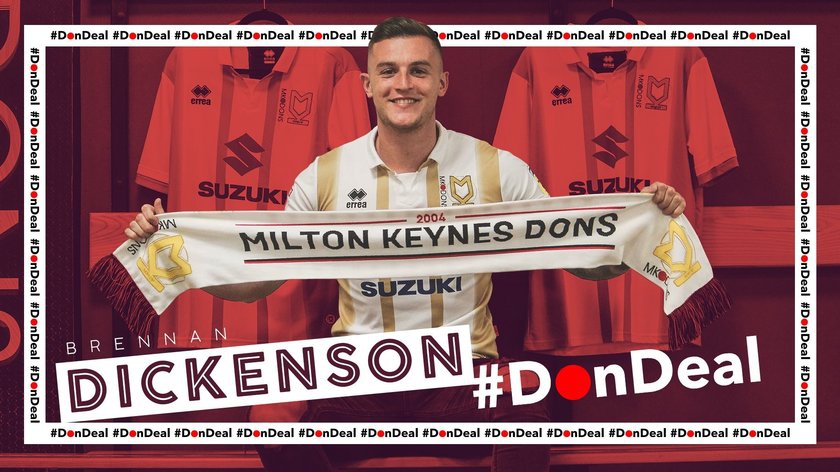 Milton Keynes Dons have continued their summer recruitment with the signing of playmaking winger Brennan Dickenson.

The 26-year-old joins the Dons after spending the past three seasons with Colchester United in League Two - where the Englishman contributed 15 goals and 13 assists in 85 league appearances.

Dickenson, who plays on the left side of midfield, arrives in Milton Keynes with plenty of experience in both League One and Two - with 67 appearances in the third tier with Gillingham and 116 with a variety of clubs in the fourth tier.

Manager Paul Tisdale has previously spoken of a need to change his squad with a new mentality as they head into the 2019/20 League One campaign, with Brennan also capable of providing some defensive cover on the left side.

Speaking to iFollow MK Dons, Dickenson commented on his decision to sign, stating: "I’m very pleased to join such a great club."

"This is a great club with a great stadium. I’ve heard lots of good things about the manager and I know a few of the boys as well. Everything just seems right."

"I’m excited to meet everyone, the players and the fans, and get going - hopefully it will be a good season."

Some of Dickenson's impressive goals can be seen in the video provided by the Dons below.