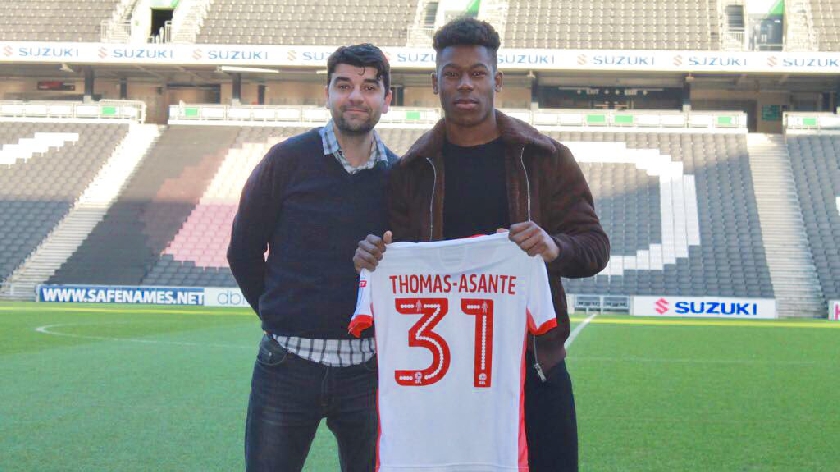 MK Dons forward Brandon Thomas-Asante has announced on Instagram he is parting ways with the club.

In the social media post, he said: "Three years has gone so quickly. Coming through from the academy, as a boy eager to make a name for myself, I did not have any idea of the amazing people I would get to meet, the challenges I was to face and everything in between."

"In my time at MK I have learnt so many lessons, especially that you cannot predict exactly how your path with go. This being said, I promise myself that I will work my hardest to reach the high goals that I know I can achieve, and although this next chapter will not be with MK Dons, the fans and family will always be in my heart."

"Thanks for the love you guys gave me from the start, see you guys soon - BTA x."

The news comes as MK Dons are expected to confirm their retained list early next week and follows Ouss Cisse's announcement that he will leave MK Dons this summer earlier today.

Thomas-Asante joined Milton Keynes Dons academy at the age of 12, progressing through various age groups and into the club's development squad. On 6 August 2016, following an impressive pre-season, Thomas-Asante made his debut for the first team, featuring as a substitute in the 75th minute in a 0–1 away win to Shrewsbury Town.

MK Dons are expected to confirm their retained list early next week.