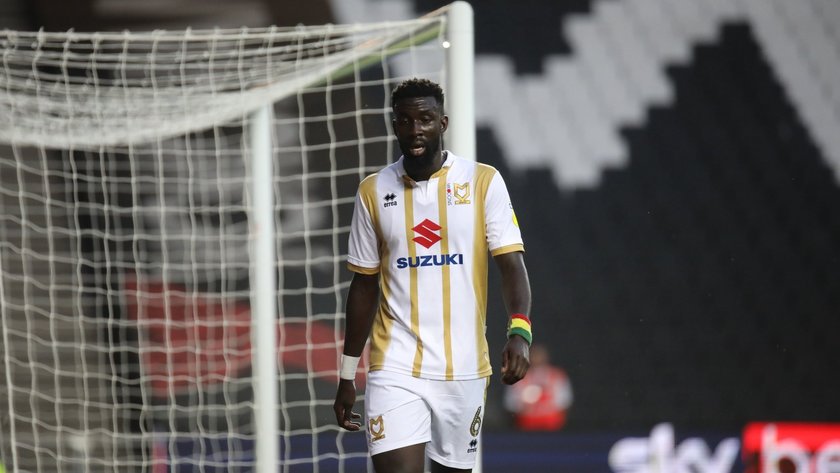 Milton Keynes Dons defensive midfielder Ousseynou Cisse has today announced that he will leave the club after two seasons.

The 28-year-old Mali international joined the Dons in July 2017, going on to make 68 appearances in all competitions during his two-season spell at Stadium MK.In 68 games with the Dons, Cisse scored three goals and had a further two assists while playing a deep-lying holding midfielder role.

Cisse played under four managers during his time in Milton Keynes, but it was Paul Tisdale who helped the towering midfielder find his best form and play the best football of his entire time in England.

With the Dons securing promotion back into League One, changes are bound to be made across the team to ensure they remain competitive in the third tier.

Cisse was a popular figure among the Dons faithful, with his name often ringing out around the stadium whenever he came on as a substitute or used his tricky feet to get around opposing players.

Cisse's announcement, which came via his official Twitter account, explained: "Unfortunately, I will not stay at MK Dons next season. I spent here two rich years but it's time for me to see other horizons. Thank you to MK Dons, my teammates and the MK Army who always pushed me to give the best of myself."

MK Dons are expected to confirm their retained list early next week.