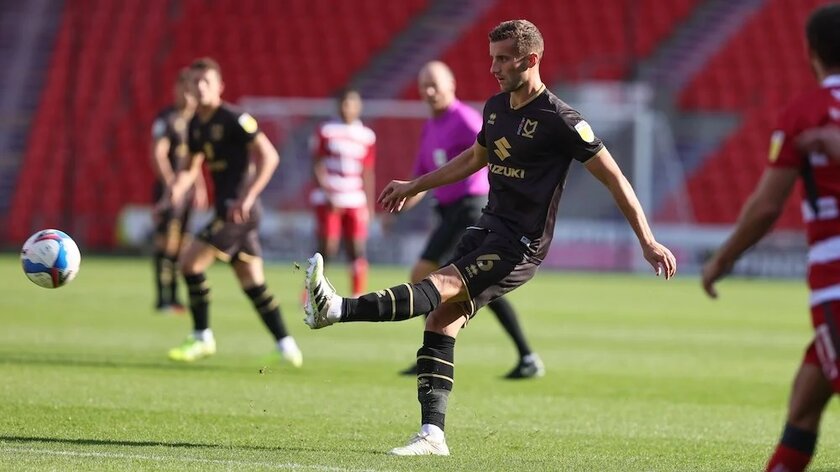 Milton Keynes Dons have today announced that defender Baily Cargill has left the club to join Forest Green Rovers on a permanent deal.

The 25-year-old, who most often played at left side centre-back, originally joined the Dons back in August 2018, when Paul Tisdale was in charge of the club.

Since then, he has had a mixed experience, struggling at times to make the match day squad while looking superb at others, making a total of 68 appearances (with a goal and five assists) in all competitions.

He played an important role in his debut season with the club, helping guide the team to automatic promotion from League Two - making 29 league appearances under Tisdale that year.

The following year saw him largely struggle to establish a spot for himself under new manager Russell Martin, but his work ethic during the first lockdown in the UK, saw him lose 10kg in a bid to put himself back in the first-team picture at Stadium MK.

This season, Cargill looked set to cement a spot in the starting eleven, feeling in the best shape, both physically and mentally, of his whole career, but the strong showing of Dean Lewington, Richard Keogh and Warren O'Hora had kept him out.

Now, Cargill will look to play regular first-team football at the Nailsworth club, who find themselves hunting promotion from the fourth tier, sitting third in the table.

A statement on the Dons' official website said: "The Club would like to thank Baily for his contribution during his two-and-a-half years with MK Dons, and wish him every success in the future."