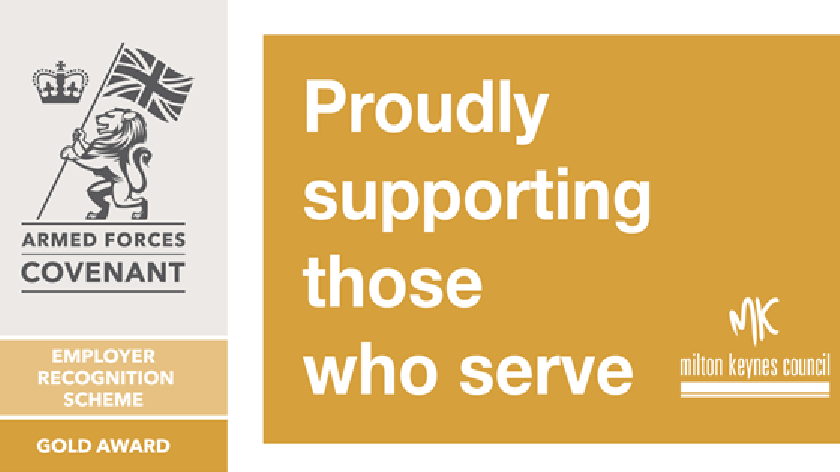 Milton Keynes Council’s support of the Armed Forces has been awarded gold status in the Defence Employer Recognition Scheme.

The scheme encourages employers across the country to do more for the Armed Forces in their area.

MK Council signed the Armed Forces Covenant in 2012, and support MK’s service personnel in many ways, including a guaranteed veteran interview scheme.

The Council was awarded bronze status in the Defence Employer Recognition Scheme in 2016 and silver in 2019.

Cllr Paul Trendall, MKC’s Armed Forces Champion said:  We’re immensely proud to have been awarded gold status following several years of great work.  Taking care of our Armed Forces is hugely important to us in Milton Keynes, and we’ll do whatever we can to look after service personnel and their families.”