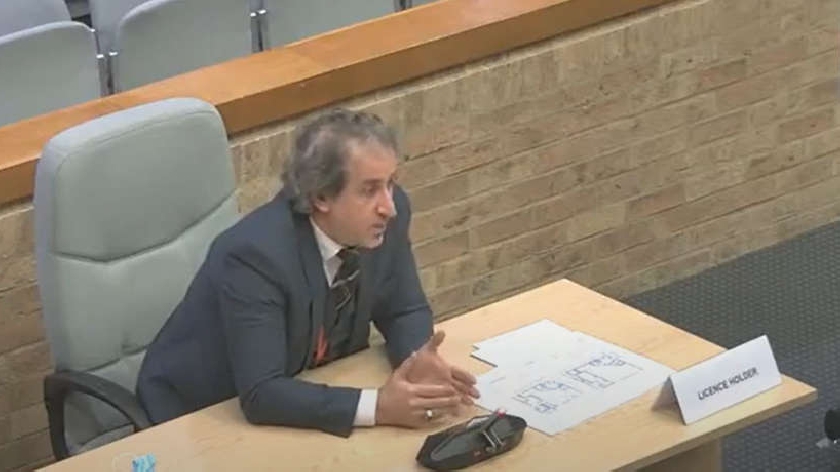 On Tuesday night (4/1), the owner of Atesh restaurant in Milton Keynes spoke at a licensing committee following an urgent request from Thames Valley Police (TVP) to suspend Atesh’s licence.

Mr Ates of Atesh faced the council as police outlined their reasoning behind the urgent request.

This comes as two men in their twenties were taken to hospital with serious injuries at around 1.30am on Monday 27th December following an incident outside the venue.

One man, 28-year-old Nagiib Maxamed from Milton Keynes, sadly died in hospital. A post-mortem examination concluded the cause of death a stab wound to the chest.

Five people, all from Birmingham, have been arrested and all currently remain in police custody.

A decision was made for the venues licence to be suspended with immediate effect.

The following video, live streamed from the Licensing Sub-Committee on Tuesday when the decision was made, shares the evidence between Atesh and Thames Valley Police.

For timings, check below the embedded video.

Starting at 4:45, you can hear the introduction to the committee.

Thames valley Police's first call was from Milton Keynes University Hospital. Police said on arrival to the venue, door staff said they had seen a group leave the premises, including an injured male. At 14:00, the police explain Atesh's response to the incident.

At 19:00, Cllr Amanda Marlow presents the police with some questions, including how Atesh responded with cctv.

It is also asked why door staff did not call emergency services. Door staff responded that they deemed it was not on their property.

Mr Ates begins his case with "I am very sorry for what happened that night." You can hear his case at 32:35.

At 47:59, the committee present Mr Ates with questions.

Mr Atesh admits they didn’t call the police and that body cameras were not worn which is a condition of their licence. This is admitted at around 1:03:00.

Cllr Amanda Marlow told Mr Atesh he staff seemed unprepared at 1:04:40 and Mr Ates responds that they're trained for a restaurant, not a nightclub.

Police state that their main concern is the licencee's lack of support, understanding and responsibility.