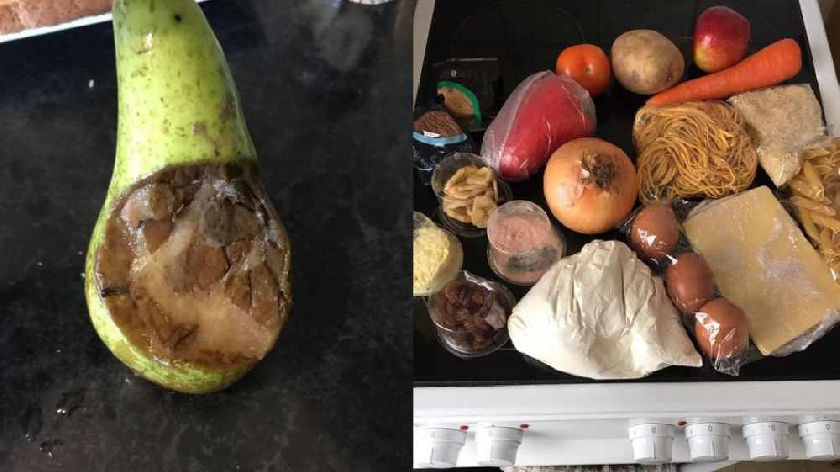 A local mum has shared a photograph of a rotten pear that is said to have been placed in one of her free school meal hampers.

The mother, whose child attends a primary school in Bletchley, shared the photograph with MKFM.

These food parcels, which have been offered by the Government until a voucher scheme is rolled out, are supposed to include £15 worth of food to cover lunches for one school week.

Gavin Williamson, Education Secretary, says that schools will be able to offer vouchers "from Monday".

But the local mum, just like thousands of parents across the country, believes that the value of the items is not what it is meant to be "at all".

She shared another photograph of the items received which includes three eggs, one apple, one carrot, one potato, two small bags of pasta, and a couple small pots of dried fruit, amongst other things.

This level of un-satisfaction has been echoed by parents at other schools. One parent, whose child attends a local secondary school, told MKFM that she was "disappointed" with the parcel received. The parent raised the issue with the school, and was told that the allowance that "the school receives for free school meals is £11.50 per week which is meant to cover staffing costs as well as the food".

Other parents have questioned how they have allegedly been provided "unacceptable" and "unhealthy" hampers without any fresh vegetables.

But it is important to note that these parcels are not being put together by schools themselves, but by catering companies and Government contractors.

One Government contractor, Chartwells, came under fire in the national press this week after a mum shared a photo of what was meant to be £30 worth of food.

Iain Stewart, MP for Milton Keynes South, said that Chartwells had broken their contract and has "questions to answer because they have let down so many people".

Just like during the October half-term last year, local businesses are now taking matters into their own hands by offering children free meals during lockdown.

These include the Grumpy Cook in Loughton, St Mark's Meals, and Namji in Wolverton.