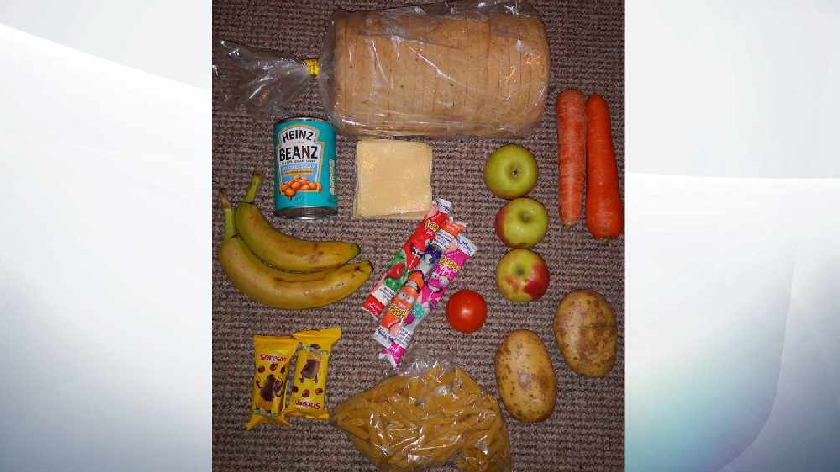 One of Milton Keynes' Conservative MPs has slammed the 'unacceptable' free school meals hampers that have been offered by a Government contractor.

The Government is organising a voucher scheme to replace free school meals during lockdown, but whilst that is arranged, they have introduced a food parcel scheme.

It is being offered by contractors, and one of the companies, Chartwells, has faced widespread criticism on social media after an angry mother posted a picture of the food parcel she had been sent.

It showed a loaf of bread, a bag of pasta, one can of baked beans, some cheese, three apples, two carrots, one tomato, two baked potatoes, two bananas, two malt loaf snacks, and three snack-size tubes of fromage frais.

She claimed she had been sent just a few pounds' worth of food to feed her child for 10 days - instead of the £30 promised by the scheme.

Issued instead of £30 vouchers. I could do more with £30 to be honest. pic.twitter.com/87LGUTHXEu

This has since gone viral, and the Minister for Children, Vicky Ford, launched an urgent investigation and said late on Tuesday that Chartwells "has rightly apologised and admitted the parcel in question was not good enough".

This social media backlash comes months after the widespread criticism when Conservative MPs voted against a motion to extend free school meals during the school holidays.

Both of Milton Keynes' MPs, Iain Stewart and Ben Everitt, were amongst those who voted against.

The MPs believe that it would not have been possible to change the scheme in such a short time frame, and backed the already existing policies as the so-called better option.

During Wednesday's News Special, Iain Stewart, MP for Milton Keynes South, told MKFM that the Government had a "policy in place in the initial lockdown where school issued vouchers and other methods of support, and that is what has been put in place now".

He also condemned the current offering of the widely discussed free school meals parcels, stating: "The company that is providing the boxes in question, is completely unacceptable.

"The education ministers have been all over it to make sure that is sorted out straight away. But it's not just the free school meals, as important as that is. Looking at the total package of support that is going to families who are more vulnerable and that comes through national schemes like the uplift to Universal Credit, support with mortgage holidays, payments if they are having to self-isolate, alongside additional grants to local authorities for them to be able to provide very tailored support to families who need it. It is just one element of a wider package of support that's has been put in place."

During the interview, Iain Stewart MP highlighted how the company in question had broken the contract that they signed and says they have "questions to answer because they have let down so many people".