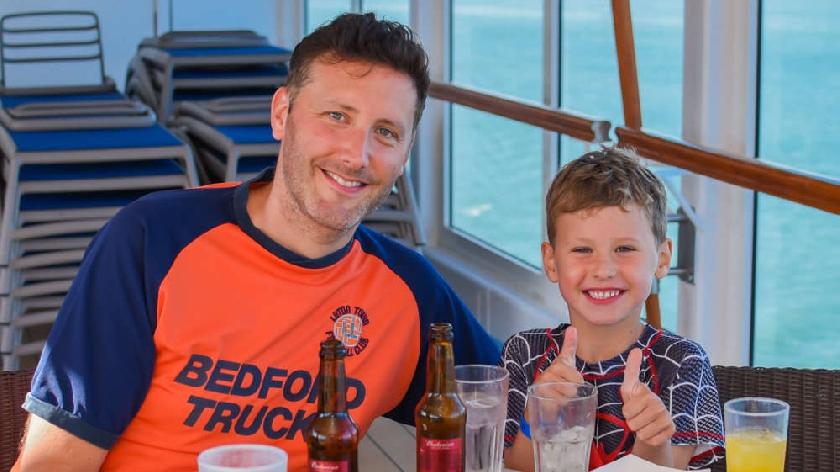 Local dad and music producer Jon Boyle has released his debut EP hoping it will hit the right note with DJ EZ and fulfil a lifelong dream.

Milton Keynes father, Jon Boyle, set himself the target of having one of his songs played by the legendary UK garage DJ, DJ Ex, when he left university.

He made it one of his three life goals.

Now, the dad-of-one is now hoping his debut four-track EP strikes a chord with the DJ 'legend' after finally finding the time to finish it during the pandemic.

Jon, who works as a university lecturer and runs his own lifestyle magazine alongside making music, said: “I set myself three goals based around my hobbies when I was 21 – to become a football reporter, to become a DJ and to make a track that my musical idol DJ EZ would play.

“I’ve been very fortunate to achieve the first two as I have worked as a football reporter for various newspapers and DJ'd at my favourite bars and clubs, warming up for some of my favourite garage artists like Oxide & Neutrino along the way.

“I’ve been making garage music since I was a teenager but only since the pandemic have I started making songs that I would be happy to play out myself as a DJ, so this debut EP has been a long, gradual journey for me.

“I’m hoping EZ will like at least one of the tracks – even if he hates three but plays one, it would be a dream come true and I could die a happy man!”

The second song, Come On, is a bassy two-step instrumental track that rekindles the dark energy of DJ Zinc songs of yesteryear – perfect for MCs to spit lyrics over.

The third track, Love Song, is a pumping vocal garage-house track with a nice blend of orchestral strings and a deep bassline.

The final track on the EP, Take Me Away, is a classic speed garage 4x4 roller that would not sound out of place in a DJ set alongside Double 99’s legendary anthem Ripgroove.