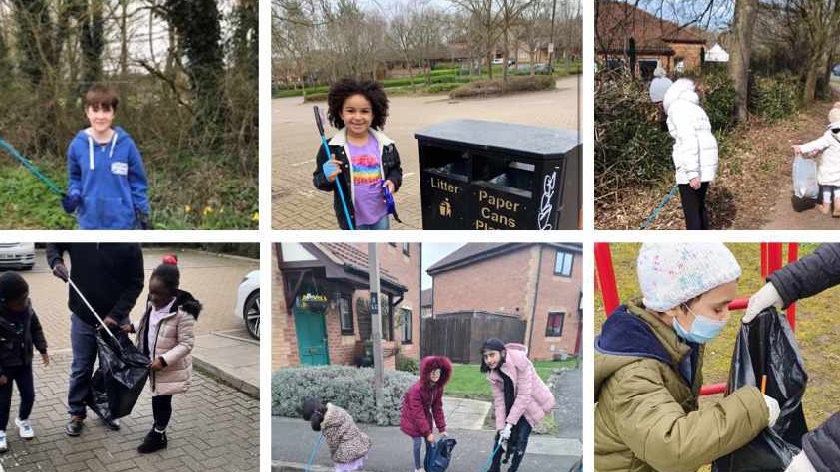 Hundreds of families took part in a large-scale litter pick across Milton Keynes over the weekend.

Last week, the group's members called on residents to take part by picking up rubbish whilst people were out for daily exercise in their local area.

And it has been announced by AMYA that more than 150 families did their bit for the community. Families, including children, headed to parks and pedestrian walkways to pick up rubbish.

Saeed Nazir, Local Muslim Youth Leader for Milton Keynes, shared his experience: “On behalf of Ahmadiyya Muslim Youth Association, we would like to thank all residents for their precious time for citywide litter picking campaign in Milton Keynes.

"The campaign was a great success. Islam urges every Muslim to partake in charitable giving, community service, and promote cleanliness. AMYA has and continues to instil young people with a sense of civic responsibility, and a desire to promote harmony within our local communities.”

AMYA said the aim of the initiative was not only to instil the values of volunteering and community service in members, but also to support local councils and organisations by alleviating costs associated with picking up litter.

The Parks Trust, a self-financing charity that is responsible for maintaining over 6,000 acres of local parkland, spends around £350,000 on litter picking each year.

Just like other organisations, including The Parks Trust, AMYA is encouraging people to stop littering and dispose of rubbish responsibly.

"We all can play our part in ensuring that our beautiful city is litter-free," a spokesperson for AMYA added.