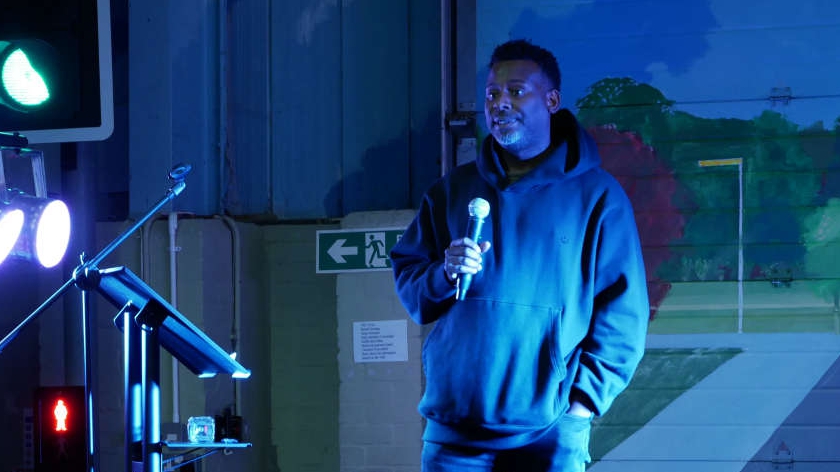 Stuart shared his story, experiences and messages of hope and tolerance as well as his belief that the safety education work of the Safety Centre is key to building flourishing and safe communities here in Milton Keynes and beyond in the future. Assistant Chief Constable for Thames Valley Police Katy Barrow-Grint also spoke about the work of Thames Valley.

Dr Stuart Lawrence said: “Early intervention is so important, at the end of the day the only person you can control is you and you need to have the tools to make safe choices. Education can be the most powerful tool in the world and the earlier we can give people the tools to be safe, the more it helps. We need to explain to young people that time is precious, and life is precious.

"One fifth of all knife crime is committed by 10-17 year olds and there’s a lot more we can do early on to explain to children the importance of life and that there’s always an amicable way of solving things.”

Delivered in their immersive education centre Hazard Alley and directly into schools, the charity is teaching children about the life changing impacts of being involved in knife crime.

The charity is dedicated to providing lifesaving learning and is always responding and adapting to educate children, young people and adults about new and emerging themes like knife crime.

Assistant Chief Constable from Thames Valley Police Katy Barrow-Grint said: “Seven out of the eleven murders in Thames Valley in the last year have come about because of a knife. I’m sure you’ll agree with me enough is enough. The preservation of life and working to address root causes and helping to save lives from being lost to violence but the wider impact in our communities and offenders themselves must be integral to everything we do as a partnership.”

Maya Joseph-Hussain Chief Executive of the Safety Centre said: “We’re delighted to be joined by Dr Stuart Lawrence to talk about his experiences and the vital role the Safety Centre plays in educating children and young people through our early knife crime intervention programme. This education initiative can save lives through creating safe spaces for impactful immersive learning and vital conversations about the consequences of being involved in knife crime.

"These conversations and sessions are potentially lifesaving and I’m proud to be leading a team of education specialists delivering pioneering safety education across our region.”

The event also acted as the soft launch of the Knife Angel arriving in Milton Keynes on 1st December for a month of action against violence and aggression with early intervention knife crime education being delivered to 1,500 primary students by the Safety Centre’s education team.