64 reported 'protests' at Milton Keynes prison last year, with charities saying it could be 'failing' 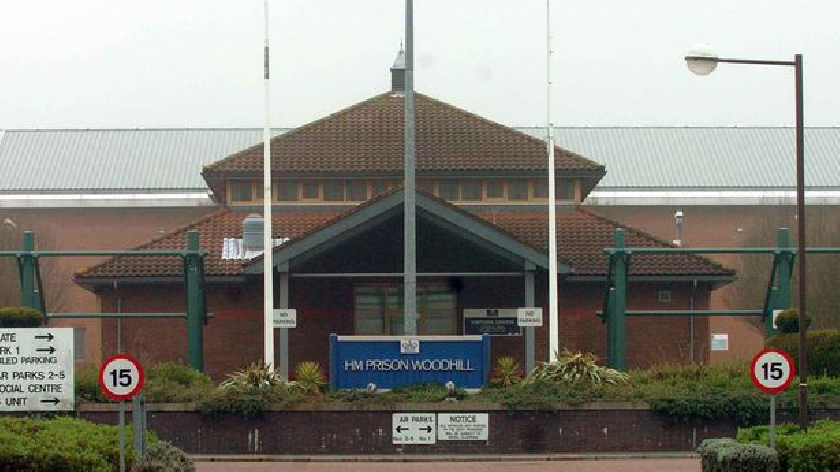 Prisoners at HMP Woodhill protested against officers dozens of times last year, according to the Ministry of Justice.

HM Prison and Probation Service data shows that Woodhill prisoners were involved in 64 protest incidents from 2017-18, with charities saying that a high number of protesting prisoners could be a symptom of a "failing prison".

Numbers have fallen by a fraction since the previous year, when 67 incidents were recorded.

According to HMPPS, there are four types of protesting behaviour: barricades, hostage incidents, concerted indiscipline and incidents at height.

The most common type across England and Wales are incidents at height, which involve any disorderly situation that takes place above the ground. There were 55 recorded incidents at height at Woodhill last year - equivalent to more than one a week.

Common examples of an incident at height include prisoners climbing onto safety netting, onto portacabins or up trees.

Peter Dawson, director of the Prison Reform Trust and a former governor of High Down Prison in Surrey, said grievances that cause protests are mostly "day-to-day things", like not having access to medication, not being let out of cells at the right time or not getting clean clothing on a regular basis.

He said that a lack of staff has a “knock-on effect” on the day-to-day running of the rest of the prison, which can cause prisoners to become frustrated and increases the likelihood of protest incidents.

He added: "The solution is all about nipping things in the bud. Often these things have started with something that could be solved with a single phone call."

The Prison Reform Trust said that prisons have formal systems for dealing with complaints, with avenues of appeal and the option to take a complaint to the Prison Ombudsman if the person is not happy with the outcome.

At Woodhill there were five recorded incidents last year when prisoners barricaded themselves in their cells, blocked doors or prevented staff from accessing areas in the prison. Over the past five years, 66 such incidents were recorded.

There were four hostage situations - which involve prisoners holding one or more people against their will.

The Howard League for Penal Reform said that protesting behaviour is a "sign of desperation".

Chief executive Frances Crook said: “Someone could barricade themselves in their cell because they are terrified of violence levels on the wing, or because they want to harm themselves."

She said that a low number of recorded incidents may not be an indicator of a prison doing well.

She added: "It depends on how things are recorded by prison staff. They could try to downplay problems in the prison by under-recording incidents, or exaggerate reports to try and show that they're under pressure."

HMPPS said that they have recruited an extra 3,500 prison officers over the last two years.

It said an additional £40 million was being invested to “tackle the drugs and mobile phones which frequently fuel bad behaviour.”

A prison service spokesperson said: “We do not tolerate indiscipline, and anyone breaking the rules faces extra time behind bars.”