57 knife-related arrests made across Milton Keynes in four weeks 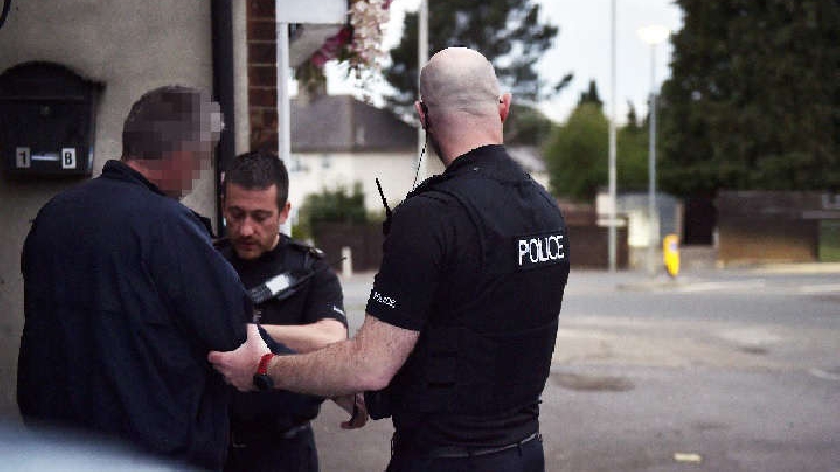 One month on since the launch of Operation Deter, Thames Valley Police is releasing the latest figures for charges and convictions so far in Milton Keynes.

Results show a significant increase in charge and remand decisions compared with June as the force seeks to adopt a tougher new approach to tackling knife crime.

Since its launch in July, Thames Valley Police has recorded 57 knife-enabled crimes in Milton Keynes with 22 people charged, 16 of those remanded, and 25 bailed with conditions while investigations continue.

In June, 25 knife-enabled crimes were recorded with six people charged, ten bailed, six released under investigation, one cautioned, and two released with no further action.

Of those charged in July, seven have been convicted, with one man, Kalam Shah, aged 18, of Fullers Slade, Milton Keynes, sentenced to 200 hours of unpaid work by Milton Keynes Magistrates’ Court.

Operational manager Detective Inspector Mark Hill, based at Milton Keynes police station, said: “These are very encouraging results in our first month of the operation.

“We have already seen a significant increase in the number of individuals charged and remanded to court, and we anticipate that this operation will continue to target those who seek to carry knives in public.

“Where an individual has been arrested and bailed pending further investigation, these bail conditions are strict, and make no mistake, we will actively seek to ensure that these knives are removed from our community.

“This zero-tolerance approach will continue and will be stepped up in the coming months and rolled out in other force areas.

“If you have any information or know of someone who is carrying a knife, you can report this to us on 101 or online, or for 100% anonymity, by calling the independent charity Crimestoppers on 0800 555 111.”

Police and Crime Commissioner Matthew Barber said: “I wanted to launch this campaign to have a big impact in a short amount of time within Milton Keynes and the results to date are showing that this is happening.

“Of course, we need consistency to ensure we keep acting swiftly to get knives off our streets.

“I look forward to the campaign progressing and hope that people realise it is not acceptable to carry a knife in any circumstance.”