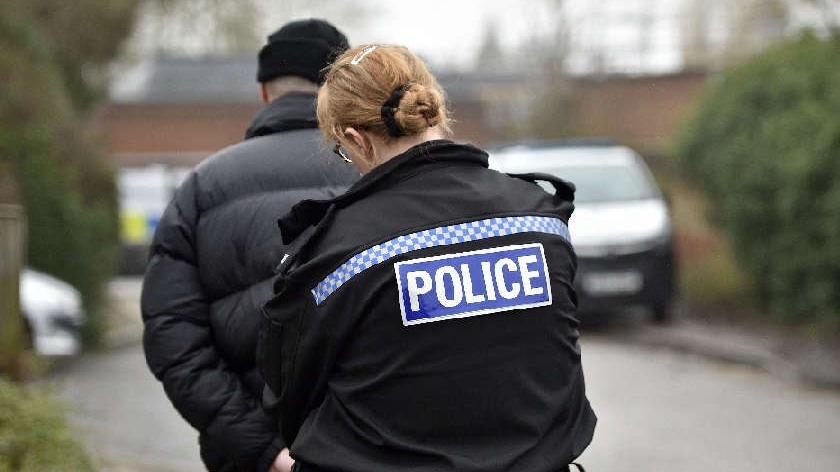 Thames Valley Police and the Office of the Police and Crime Commissioner are today (1/7) launching Operation Deter, a tough new approach to tackling knife crime, focussing initially in the city of Milton Keynes.

Driven by Mathew Barber, the Police and Crime Commissioner (PCC), the initiative is known as Operation Deter.

Thames Valley Police say Operation deter will focus on prosecution, intervention and prevention. It launches in Milton Keynes, where there is particular community concern about knife crime after a number of tragic incidents earlier this year.

Operation Deter’s main objective is to make 'better use of charging and remanding offenders aged over 18 to court', ensuring that a robust message is sent to anyone found in possession of a knife.

Commenting on the launch, PCC Matthew Barber said: “Too many young people have become victims of knife crime, and the prevalence of knife carrying is a concern for many residents.

“This comprehensive approach to tackling not just knife crime but the wider culture of knife carrying will be a template not just for the whole of the Thames Valley but a model for other forces to follow. Our communities want an end to knife crime. Operation Deter will see Thames Valley Police arrest, detain and prosecute people who carry a knife.”

Driven by @matthew_barber in response to knife-related crime across Thames Valley, particularly in Milton Keynes, it will focus on @ThamesVP operational response and partnership working to end #TheKnifeSentence.

Figures released by Thames Valley Police suggest that between June 2021 and May 2022, knife crime (excluding possession) fell by 11%.

If you carry a knife in Thames Valley - you will feel the consequences! ⚖️ pic.twitter.com/iFLVKzxn8o

The key aims of the operation include:

The unlawful possession of a knife is covered by Section 139 of the Criminal Justice Act (1988), which is the offence of having an article with a blade or point in a public place.

This is an ‘either way’ offence which carries a maximum sentence of six months’ imprisonment or a fine in the Magistrates’ Court, or up to four years’ imprisonment in the Crown Court.

Although the operation is initially to be conducted in Milton Keynes, this is with a view to roll-out across the entire force area over the coming year. The operation will adopt a zero tolerance approach to knife possession offences in Milton Keynes for offenders aged over 18, with the aim being that any knife possession offences are proactively charged and remanded to court by Thames Valley Police while the suspect is still in custody.

Following the charge, the custody sergeant will then take a more robust approach to bail. This will set a clear message to those routinely carrying a knife in Milton Keynes, that this will simply not be tolerated.

Intensive and speedy intervention will help children who become involved in offending, get their lives back on track. A new pilot scheme, funded by the PCC, aimed at those under 18s, will commence as part of Operation Deter later in the year.

This scheme will adopt earlier intervention to young people, providing an opportunity for them to avoid the criminal justice system. The pilot will see the Youth Offending Team (YOT) immediately notified when a child under 18 is arrested.

A YOT representative will attend custody and meet with that child within 90 minutes to commence the intervention process. This will take place within custody while criminal justice options are still being pursued.

The pilot will give the child maximum incentive to engage. If they leave custody, a further meeting will take place with the child’s parents within 48 hours. Currently, the process can take weeks or months to put plans into place. Even if a child is prosecuted, the involvement of the YOT will continue, looking to address the root cause of the problem to reduce the risk of reoffending.

The child will be given every opportunity to engage, but should they fail to do so, or their offending is particularly dangerous, the criminal justice route will remain the proper course of action.

Preventing further offending by creating a strong deterrent and ensuring that everyone understands the serious consequences of carrying a knife is the primary objective of this operation.

Matthew Barber concluded: “Be in no doubt. If you chose to carry a knife, you are going to be more likely to be stopped and you will be facing tough consequences for your actions. “Carrying a weapon endangers you and those around you and we all want to see those responsible held to account and taken off our streets.”