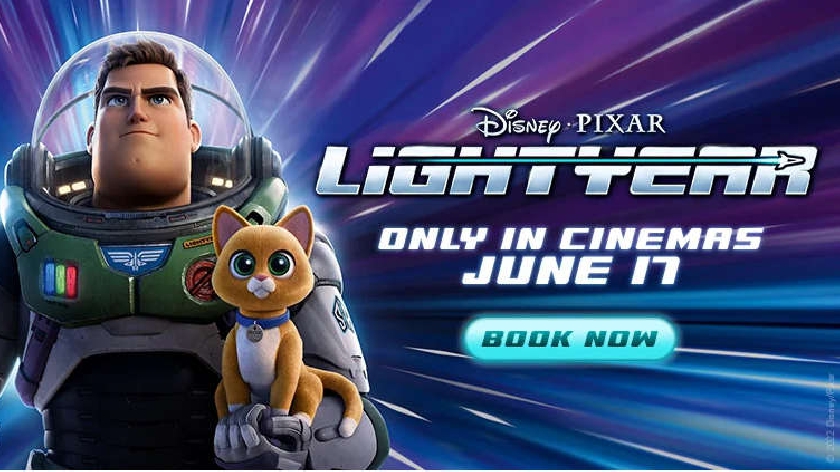 Lightyear comes to Cineworld in MK on June 17th. Hazel Markland and her family will be among the first to see it with 4 tickets and 2 combo vouchers for snacks included, as part of our exclusive competition!

Disney and Pixar’s “Lightyear,” sci-fi action-adventure presents the definitive origin story of Buzz Lightyear—the hero who inspired the toy—introducing the legendary Space Ranger who would win generations of fans. Chris Evans lends his voice to Buzz. “The phrase ‘a dream come true’ gets thrown around a lot, but I’ve never meant it more in my life,” says Evans. “Anyone who knows me knows that my love for animated films runs deep. I can’t believe that I get to be a part of the Pixar family and work with these truly brilliant artists who tell stories unlike anyone else. Watching them work is nothing short of magic. I pinch myself every day.” Annie Award-winning director and veteran Pixar animator Angus MacLane, who co-directed 2016’s “Finding Dory,” helms “Lightyear.” Galyn Susman (“Toy Story That Time Forgot” short) produces.

Congratulations to Hazel Markland who correctly guessed the name of the cat in Lightyear was Sox!

If you weren't lucky enough to win, tickets can be booked now by clicking here.