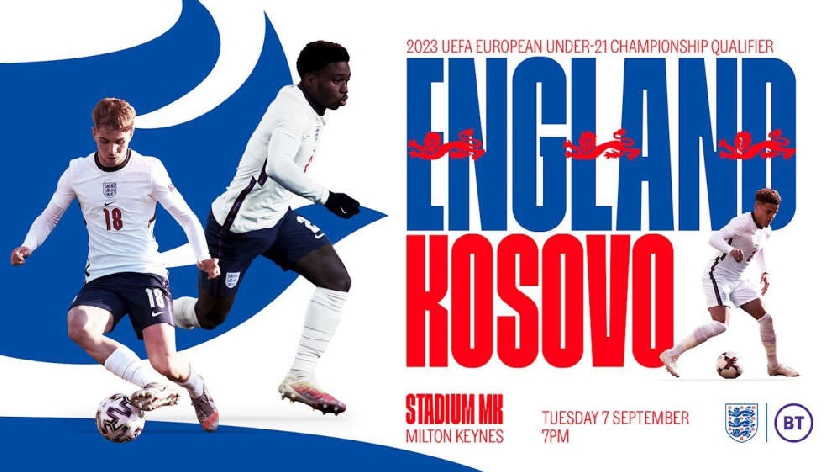 To celebrate England's under 21s playing against Kosovo at Stadium MK on Tuesday 7th September, there's a chance to win one of five family tickets every day on the MK Breakfast Show this week (31/08 - 03/09).

Taking place on Tuesday 7th September, the 2023 UEFA European Under-21 Championship Qualifier will be Lee Carsley’s first home match in charge and his competitive debut as head coach.

Tickets, which are on sale now both online and from the Stadium MK Box Office, are priced at £15 for adults and £5 for concessions while adult MK Dons Season Ticket holders can purchase tickets for £7.50.

Kick-off will be at 7pm that day and you can find out more information, including how to book tickets, by clicking here.

Win one of five family tickets (to admit two adults and two children) available to the England's under 21s match against Kosovo at Stadium MK on Tuesday 7th September, kick-off 7pm.

Tune in to the MK Breakfast Show with Michael Blades from 7 - 10am on Tues 31st August - Fri 3rd September.

Michael will ask a football related question every day.

For your chance to win a family ticket to England's under 21s playing against Kosovo at Stadium MK on Tuesday 7th September, text 81400, starting your message with MKFM YOUR NAME and YOUR ANSWER.

5 winners will be chosen at random from all texts received.

In addition to the entry mechanic described above and MKFM's standard terms and conditions, the following apply to this competition: