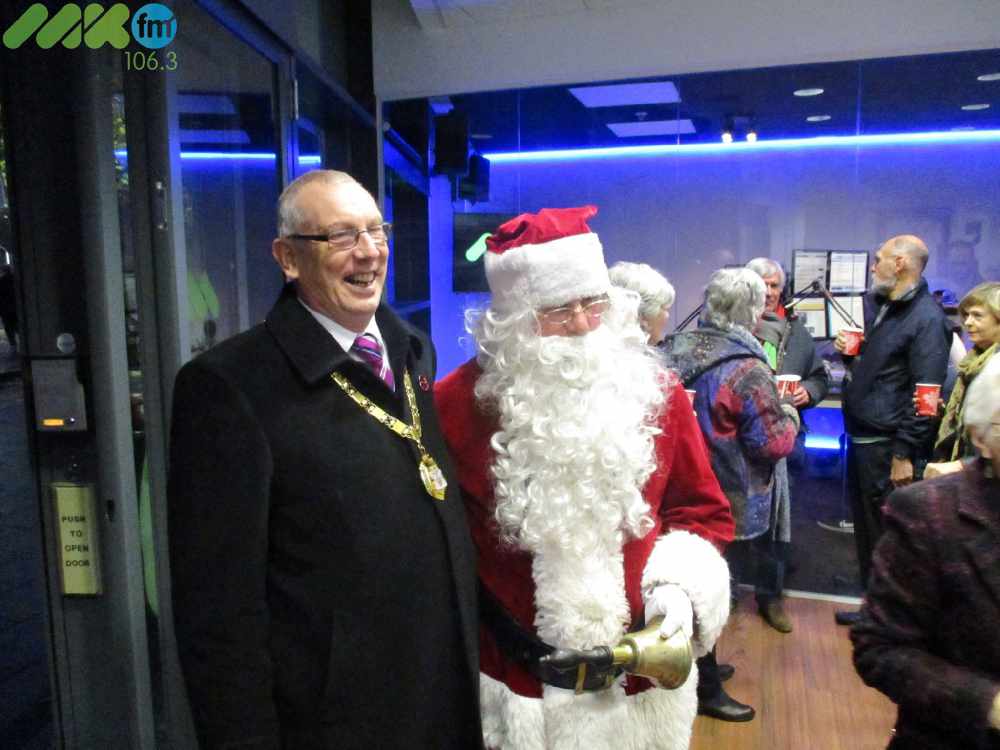 Christmas officially started in Milton Keynes on Saturday 12th November with the light switch on, live music and amazing laser display all hosted by MKFM!

MKFM, MKCCM, intu Milton Keynes and the centre:mk were once again lighting up the City Centre to get you in the festive spirit. The event was not one to miss and took place outside our studios at the horseshoe between Gap and Hollister near intu Milton Keynes.

Kicking off at 3pm, the event featured a full programme of activity hosted by MKFM’s Oliver Dean. Father Christmas himself appeared at 4.45pm to switch on the lights with a helping hand from the Mayor of Milton Keynes, Cllr Steve Coventry. The switch on was followed by a sparkling laser and pyrotechnic display which lit up the city skyline.