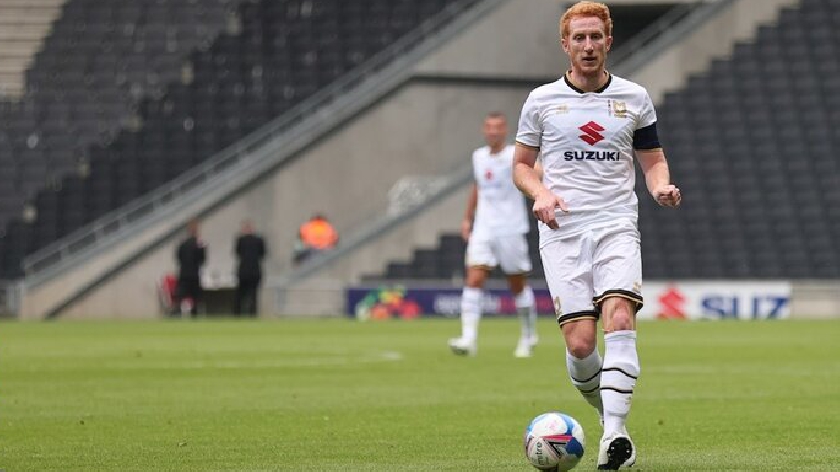 MK Dons Captain Dean Lewington will be our guest on the MK Dons Fans Forum this Monday 22nd February at 9pm.

Do you have a question for English football’s longest-serving active player, Dean Lewington?

Dean is fast approaching his 800th appearance for the Club. A member of the inaugural MK Dons side in 2004/05, the left-back has been a consistent figure ever since, helping the team achieve three promotions and lift the Johnstone’s Paint Trophy at Wembley Stadium. He has donned the captain’s armband since 2008.

Now is the time to ask your question as we approach the final few months of the 2020/21 season.

Former MK Dons player and Community Ambassador & Fundraiser for MK Dons SET, Dean Bowditch will be asking your questions on the MK Dons Fans Forum on MKFM on Monday 22nd February at 9pm.

To submit your questions for Captain Dean Lewington, please fill in the form below by midnight on Sunday 21st February.

Listen on 106.3FM, DAB Digital Radio, on mobile and online at mkfm.com.