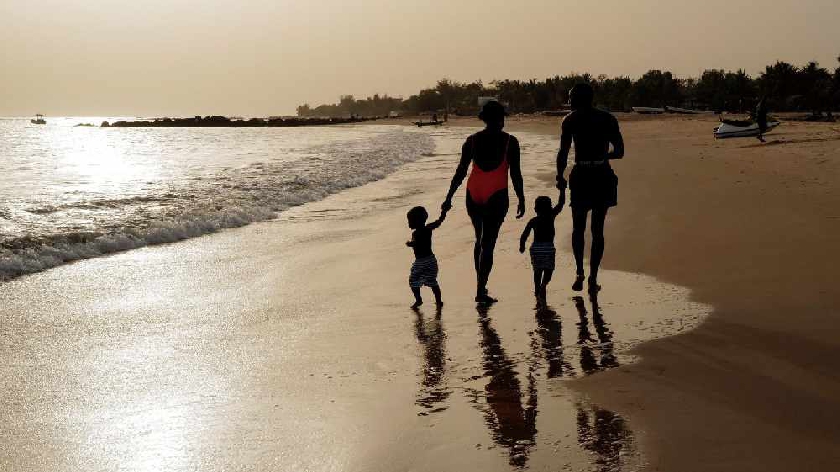 Prime Minister Boris Johnson has confirmed a new traffic light system for international travel - but he has warned people it is still too soon for the government to commit to allowing holidays abroad.

On the government's roadmap back to normality, foreign trips are banned until 17 May at the earliest.

But at his latest Downing Street coronavirus briefing, Mr Johnson said: "Obviously we are hopeful that we can get going from 17 May, we are hopeful..." but he went on to warn people to "be realistic" and said: "We're not there yet."

Here is what he revealed and what he confirmed on the traffic light system and how it will work...

When will I be able to go on holiday?

The update said: "Given the state of the pandemic abroad, and the progress of vaccination programmes in other countries, we are not yet in a position to confirm that non-essential international travel can resume from [17 May]".

When can I book a holiday?

The government is advising people not to book holidays yet.

It said: "For the moment, the government advises people not to book summer holidays abroad until the picture is clearer."

In his briefing, Boris Johnson said: "We're hopeful but I do not wish to give hostages to fortune... we don't want to see the virus being reimported into this country."

And he added: "We're not there yet... as soon as we have solid information... we'll let you know where we are."

How will the traffic light system work?

The traffic light system will add green and amber categories of countries, to the current red list.

Countries on the green list will not require isolation in the UK upon return, but a COVID test will need to be taken before departure and after returning.

According to the government, the green list will include "countries where we judge the risk to be lower, based for instance on vaccinations, infection rates, the prevalence of variants of concern, and their genomic sequencing capacity (or access to genomic sequencing)".

It is not clear what the conditions will be for a country to be placed on the amber list.

What countries can we travel to?

So far, no details of which countries will be on the green list have yet been provided.

The government report said: "It is too early to say which countries will be on the green list when non-essential international travel resumes.

"These decisions will be driven by the data and evidence nearer the time, which we cannot predict now. In advance of the resumption of non-essential international travel, we will set out our initial assessment of which countries will fall into which category.

"Thereafter countries will move between the red, amber and green lists depending on the data."

However, there is a red list of countries from which non-UK and Irish citizens and residents are banned.

UK and Irish citizens and residents must quarantine for 10 days at a government approved hotel once they return from these nations.

Countries which will be added to the red list at 4am this Friday 9 April:

What have other countries said?

Malta, which has a high vaccination rate, has announced it will welcome UK tourists from 1 June.

To enter, people will need to show proof of a full course of vaccination administered at least 10 days before touchdown.

Malta follows on from a number of other popular tourist destinations that have announced plans to reopen their borders in recent weeks.

Turkey expects to welcome UK holidaymakers without requiring proof of a vaccine or negative test, as soon as foreign leisure travel is permitted, although a review is due on 15 April.

Greece will require international tourists to have been vaccinated, had a recent negative COVID-19 test or have coronavirus antibodies.

The government of Cyprus has said they would welcome tourists from the UK starting 1 April, provided they supply a negative PCR test. From 1 May, this could be replaced with proof of vaccination.

However, travel for holidays remains prohibited by the UK government, with fines in place for those caught breaking restrictions.

What will I need to do to travel?

To travel to green list countries, a negative coronavirus test will be required before leaving the UK and also upon return.

However, vaccination may soon be another route to holidays - as well as agreements with other nations.

The government says an NHS-backed 'certification' system will be used to show if someone has been fully inoculated, has antibodies, or has had a negative test.

The government report said: "The vaccination programme could offer a more stable route out of the need for such restrictions - provided we see sufficient efficacy against any variants of concern - which means the role of COVID-status certification is crucial to this work.

When will we find out more about going on holiday?

The Global Travel Taskforce, which was set up by the government last year, is due to publish a report setting out more details on the traffic light system later this week.

It will report to the prime minister on Monday 12 April.

A news conference is usually given the week before the next set of restrictions are eased, so there could be more detail from 10 May.

During the Downing Street briefing on 5 April, Prime Minister Boris Johnson said that, after the Global Travel Taskforce reports its findings, the government will "be setting out well before 17 May what we think is reasonable".

How has the travel industry responded?

Heathrow Airport chief executive John Holland-Kaye said it is "disappointing that the opportunity has been missed to provide more certainty to reunite families separated by travel restrictions, to give sunseekers the confidence to book ahead for their summer getaway and to help businesses across the country that have had their exporting ambitions placed on hold by the pandemic".

He added: "Now that a safe, scientifically-backed process has been agreed upon, a clearer timeline for the return to international travel is needed."

He said that the pathway to international travel and trade has "once again been kicked down the road" and added: "We ask the Government to be confident in its road map as the Global Travel Taskforce reports on 12th April. This is our last resort."

He went on: "Government cannot keep kicking the can down the road as hundreds of thousands of jobs are at risk.