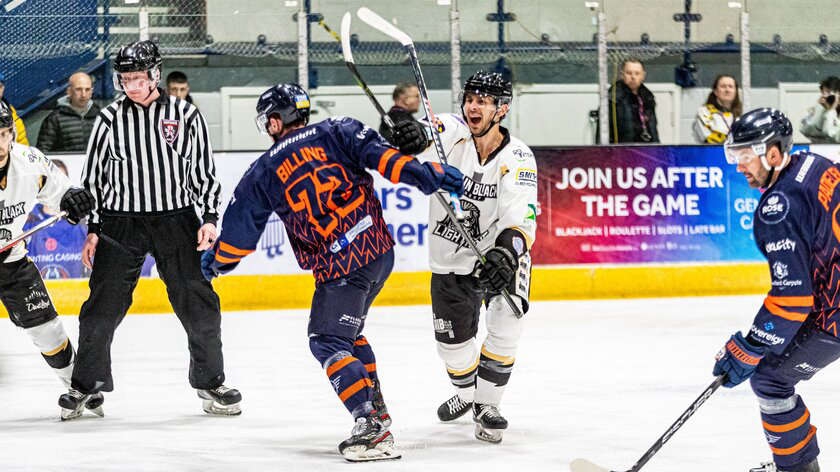 The All In Black Milton Keynes Lightning have announced that Tim Wallace will return to the team next season, in a multitude of roles both on and off the ice.

The Lightning recently announced the departure of head coach Lewis Clifford as well as his assistant Ross Bowers, with many believing that Wallace would be the next person to take on the role behind the bench.

That is now true, with the announcement that Wallace will hold the titles of Player/Head Coach as well as Director of Player Personnel and Development ahead of the new season.

Wallace is a well-known and much-loved figure for the Lightning since his initial stint with the team during the 2018/19 Elite League season - a year in which he led the team both as a coach and player, giving the fans plenty of highlights during a year of difficulties.

Visa restrictions prevented Wallace from remaining with the Lightning when the team moved down to the NIHL National, with the former NHLer taking over as head coach of the Nottingham Panthers.

With Wallace leaving the Panthers part-way through last season, the opportunity for him to return to Milton Keynes presented itself and he had a strong impact on the ice - scoring six goals and 20 points in 21 regular season games before putting up a league-best six goals and 14 points in eight playoff games en route to a playoff final appearance.

Now, fans will see #28 back on the ice as he looks to build a team capable of lifting silverware in 2023, with plenty of intrigue surrounding the possible make-up of the roster with Wallace at the helm.

Speaking of Wallace's appointment, Lightning director Tom Roberts commented: "We’re already busy building out our team for next year and will share more of our signings over the coming weeks. Our goal is to put a team on the ice which has an identity – a team which plays well organised, disciplined hockey and aims to perform at a consistently high level."

"Tim’s appointment reflects this ambition as he has worked with some of the best hockey organisations in the world and knows what good looks like. We are looking forward to working with him as Head Coach, and more broadly to build stronger talent pathways through the MK hockey family.

He added: "We want to work more closely with Storm and Thunder to develop the next generation of Lightning players, as well as helping grow overall participation in the sport. Add to that the massive contribution Tim will make on the ice and it’s an exciting time."

Speaking on returning, Wallace said: "Milton Keynes has always been a special place for my family and I. It’s a well run organisation with a plan for the future that I am excited to be a part of. The potential in Milton Keynes both on and off the ice is what excites me the most."

"We have already signed some key players and have more in discussions. I am excited to help develop the talent we have in that locker room. We also have plans for the youth hockey community with announcements coming soon."

He concluded: "Playing this year with a great group of guys and in front of those amazing fans made it an easy choice and ignited the fire I still have for this game. I look forward to a full year back on the ice doing what I love."