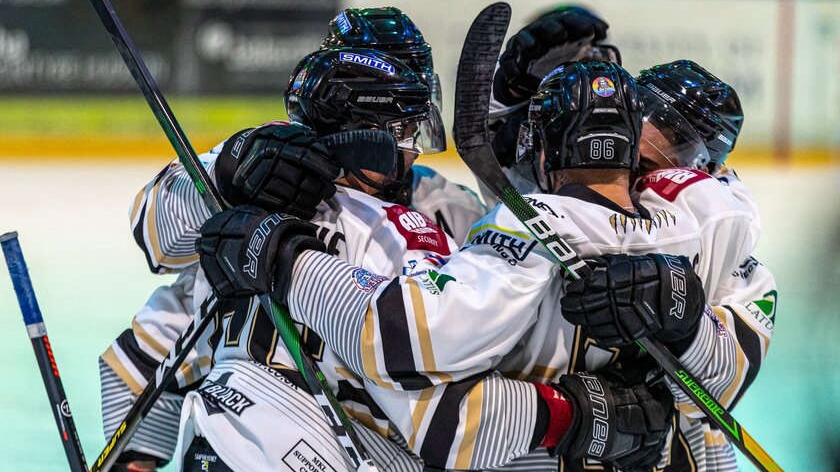 The All In Black Milton Keynes Lightning have announced a surprise coaching shake-up ahead of the 2022/23 season.

The Lightning came close to lifting their first piece of silverware in five years, reaching the NIHL National playoff final on May 1st - slipping to a disappointing 4-1 defeat to the Sheffield Steeldogs.

Despite coming so close to tasting success, the team has announced that head coach and general manager Lewis Clifford has left his position with the club, following the recent departure of assistant coach and long-time Lightning favourite Ross Bowers.

Clifford is synonymous with hockey in Milton Keynes, from his work with the youth setup in the town as well as his previous stint as head coach of the Milton Keynes Thunder before stepping up to the Lightning - whom he had worked with for many years as an assistant.

Clifford took the reins as the team's first head coach after dropping out of the Elite League, and had built a team capable of competing at the top end of the NIHL National - having worked through two full seasons and a COVID-impacted year in the process.

Now, he leaves the Lightning searching for a new person to take forward.

Speaking about his departure Clifford commented: "It’s tough to find the words to express my feelings on leaving the club after an association that has lasted over ten years as an Assistant and more recently Head Coach."

"A job that I always wanted to have a crack at and I leave with no regrets, I did my very best every single time I came to the rink and when you do that you can’t look back with anything other than pride."

He added: "I would like to thank everyone involved in the last two seasons over three years but mostly the players, the equipment and medical staff and my assistant coach Ross Bowers."

"I’m sorry we weren’t able to bring a trophy home for you guys, the best fans in the league, there’s one on the horizon, of that I’m sure, and I wish all the returning players and the new coaches the very best of luck next season."

He concluded: "Time moves on, people come and people go, but some things remain the same, it’s not a logo or a jersey that makes a club, it’s the people and the last few weeks have proven that we still have by far the best group of people in our club and hopefully I will see many of you again in the future."

The club's own statement on his departure reads: "This has been a difficult decision given our close personal relationship with Cliff which has developed over the last three years."

"He works hard and we have the utmost respect for his dedication to hockey. He was a major part in bringing the club into the NIHL National division and has always gone out of his way to spend time with fans and be friendly and approachable.

"We would like to thank Cliff for everything he has done and wish him every success for the future. Cliff will always be very welcome at the rink and we hope to see him around in the near future."

Speculation will be rife as to who the club intends on replacing Clifford with, with the potential for Tim Wallace to step back into the coaching role he was forced to vacate after the team's final year in the EIHL - with the American having coached with the Nottingham Panthers before returning to the Lightning as a player this past season.

Regardless of the club's intentions, there will be plenty of intrigued as to who, when and how the changes will be implemented in the near future - with the team already announcing defenceman James Griffin as the first player returning for next season.