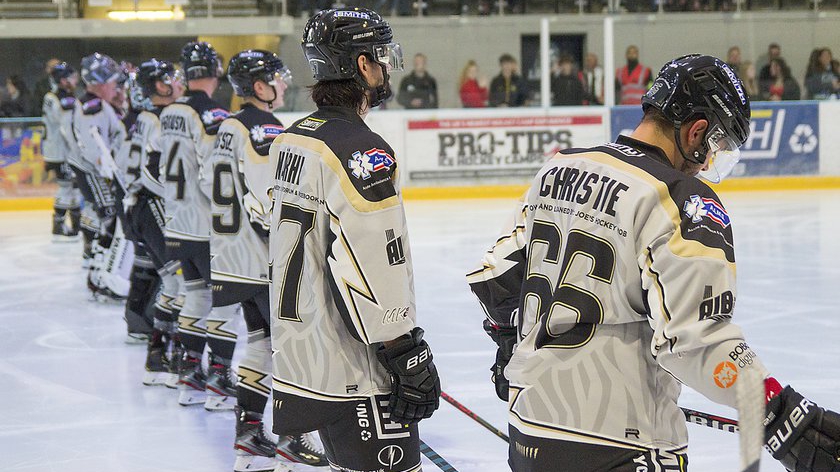 The All In Black Milton Keynes Lightning continue to build for the 2021/22 season, with the signing of promising young forward Sam Talbot.

The 20-year-old has been developing his game in the lower tiers of British hockey, most recently playing for the Basingstoke Bison and the Slough Jets.

He may be a familiar face to some hockey fans in Milton Keynes, having spent part of the 2018/19 season with current Lightning head coach Lewis Clifford and the Milton Keynes Thunder.

In 18 games with the Thunder, the centreman registered five goals and ten total points while also putting up big numbers in the league below with the Jets, as well as in the British junior league with the Jets' Under-18s side.

Now, two years after his last stint in Milton Keynes, Talbot is linking up with Clifford once again as he looks to compete for ice time in the NIHL National with the Lightning.

While playing with the Lightning, Talbot will wear the #98 jersey - a number he has worn previously throughout his career.

Speaking of the season ahead, Talbot commented: "I’m excited to finally being able to get back out there and playing."

"It’s been a long time coming and I can’t wait to get started. We have a good group of guys this year and I’m looking forward to competing for silverware!"

On his latest signing, Clifford said: "I couldn’t be happier to have signed Sam for the upcoming season."

"I was lucky enough to have Sam for part of a season when I coached Thunder a few years ago, and even as a 17 year old he was an impact player for us on a team that was in a league with some of the powerhouses that we now compete with on a regular basis."

"Sam is a natural centreman who thrives on the responsibility of being the lynchpin of his line, he has high aspirations for his career and I believe they are all realistic with his high skill level, work rate (on and off the ice) and his commitment to being the very best he can be."

He concluded: "The MK fans will love what Sam brings to the team and I can’t wait to see him pull on the jersey in September."