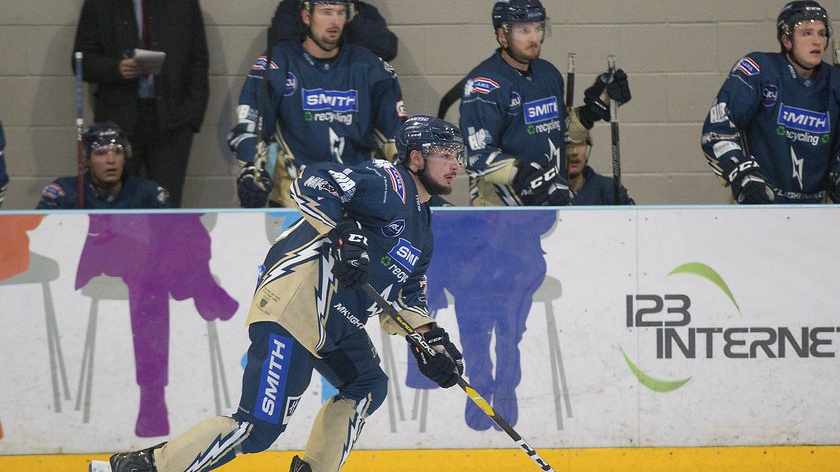 The Smith Recycling Milton Keynes Lightning will have defenceman Martin Mazanec available for tonight's home game against the Cardiff Devils.

Mazanec was given a match penalty in last night's 6-5 road trip loss to Cardiff, but the Department of Player Safety has made the decision to downgrade Mazanec's penalty - meaning he will not receive the automatic one-game suspension that goes along with match penalties.

Review of the penalty deemed that Mazanec had not made contact with an opposing player and should have received a double minor penalty, sending him to the box for four minutes rather than an outright ejection.

"All Match Penalties carry an automatic one-game suspension and are automatically reviewed by the EIHL’s Department of Player Safety. In this instance, the DOPS decided that supplementary discipline was not needed.

In the view of the DOPS Panel, the call on the ice should have been 2+2, and not the Match Penalty assessed. The records will be adjusted to reflect this, and therefore no automatic suspension will be applied."

With the Lightning seemingly losing Radek Meidl (upper-body) to a long-term injury, having Mazanec available will be a much-needed boost for the team's home game.

The Devils, meanwhile, have seen Sean Bentivoglio handed a two-game suspension for the check to the head of Robbie Baillargeon in last night's game.

The two sides get things underway at 5:15 pm at Planet Ice MK Arena this evening.