MK Lightning players hit with suspensions for Shudra and Killeen 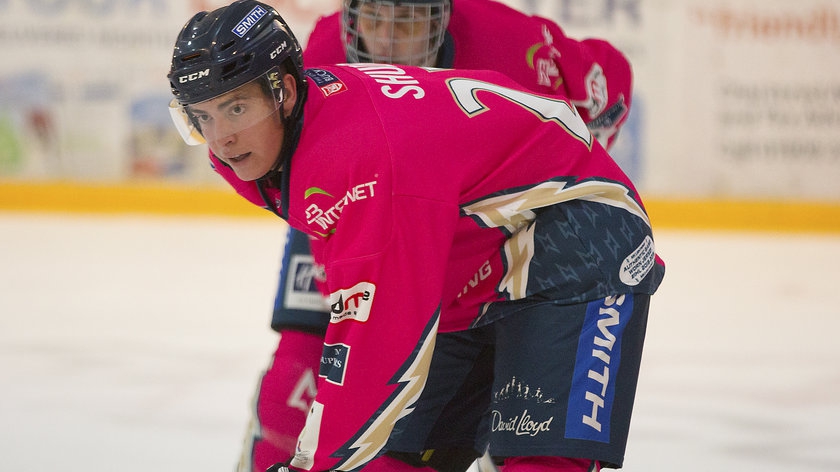 The Smith Recycling Milton Keynes Lightning will be without Patrick Killeen and Cole Shudra for Saturday's game with the Glasgow Clan, with both receiving suspensions.

The Elite League's Department for Player Safety have handed a one-game suspension to Killeen while Shudra will not be dressing for the Lightning for five games.

The suspensions relate to incidents that occurred in Wednesday's heated home tilt against the Clan, with the home side coming out as 6-1 victors in front of the Freesports TV cameras.

Killeen was deemed to have left his crease and instigated the confrontation with Connolly, thus receiving a one-game suspension.

With Shudra clearly unhappy with Connolly's treatment of the goalie, he jumped over the bench and dropped the gloves - ensuring that Connolly regretted his decision, reportedly breaking his nose in the process.

Leaving the bench has led to Shudra earning a hefty five-game suspension, meaning he will not return to the Lightning's line-up until December 1st, when the team host the Manchester Storm at Planet Ice MK Arena.

The statement from the DOPS reads: "Wednesday night in Milton Keynes during the game between the MK Lightning and the Glasgow Clan At the 36:43 mark of the game, an incident occurred that requires supplementary discipline. The events that unfolded involve multiple suspensions."

"The incident was reviewed by the EIHL Department of Player Safety (DOPS) and determined that supplementary discipline is required."

"There are a few important notes to the rules for consideration (and were not followed):

They continued: In consideration of the many events that unfolded at this one stoppage in play, shows a total lack of discipline from players that is entirely disrespectful to the game, opposing team or EIHL."

"After review of the entire situation, video footage, referee reports, etc., it has been determined that supplementary discipline is required to various players for varying circumstances."

"At no time does a player have the right to be excused from the rules or principals of the game. Meaning, the chain reaction (or blame game) of a situation occurring because of a previous situation is an unacceptable excuse. Everyone is considered responsible for their actions."

They concluded: "Effective immediately, the following suspensions are in effect:

Zack Fitzgerlad is suspended 1 game for kneeing and 2 games for the 1 punch (sucker punch) directly to the head of the opposing player, causing an apparent injury.

Brendan Connolly skated from the area of his players bench (which is the area where he was to remain) for the purpose of provoking, inciting and physically contributing to the incident, which is the direct cause of an opposing player instigating a fight with Brendan Connolly.

Suspension 3: MK Lightning #1 Patrick Killeen – 1 game
Patrick Killeen is suspended for leaving his crease during an altercation, retrieving a lose puck and shooting the puck at a stoppage and verbally inciting a situation with the opposing team. This is also deemed a factor in the cause of provoking and inciting the incident to lead to further issues.

Cole Shudra is suspended for 3 games for leaving the players bench for the purpose of a fight, and 2 games for the 1 man fight with a direct blow to the head of the opposing players head, causing an apparent injury."

The Lightning face the Glan in Glasgow this Saturday and return to Milton Keynes to face local rivals the Coventry Blaze on Sunday.