MK Lightning heading in the right direction after coaching change 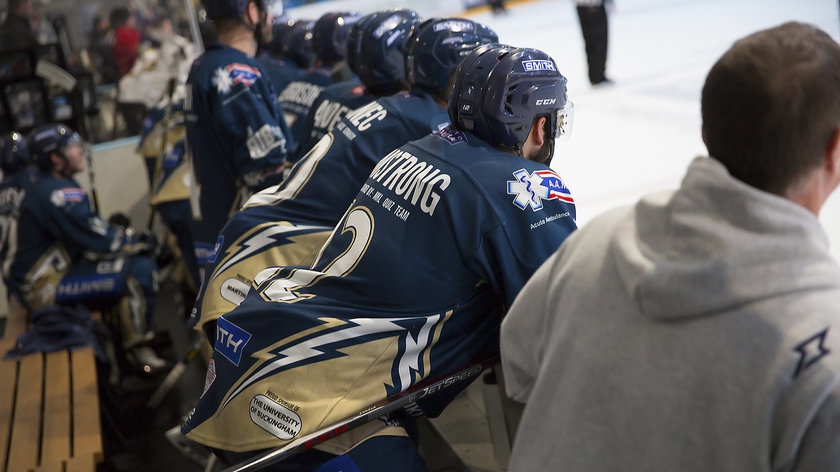 A Nelson Armstrong hat-trick helped the Lightning secure an impressive 5-2 home win against the Manchester Storm and it is just the latest in a line of strong performances since the departure of former head coach Doug McKay.

On Wednesday 14th November, the Lightning were preparing themselves to face the Glasgow Clan in front of the FreeSports TV cameras at Planet Ice MK Arena.

The team were on an eight-game losing streak and things didn’t look good for the team’s second year in the top-tier.

Then came the news that McKay had left the club, citing personal reasons, and fans immediately wondered what the future held for the club.

Tim Wallace and Ryan Lannon were named interim player-coaches until a permanent decision was made – and the impact they had was immediate.

The home side stormed to a stunning 6-1 victory in the televised game and fans began to hold some optimism for the pair, even calling for them to be given the coaching roles permanently.

By the end of the week, the Lightning had two wins under their belt out of three games played, with the loss to the Clan in Glasgow seeing an upturn in performances despite being unable to win.

Wallace and Lannon were handed the coaching reins on a permanent basis just over a week into the job and things have certainly begun to fall into place for the Milton Keynes team.

At the time of McKay’s departure, the Lightning had a record of 3-11-2, good for eight points in the league, in 16 games.

Since taking over from the experienced Canadian, Wallace and Lannon have seen the team earn a winning record of 4-3-0 – matching the eight points the team had, but doing so in just seven games.

Two hat-tricks have been scored, by Wallace and Armstrong, and the team is looking far more aggressive and fearless offensively.

Goals were in short supply before the last seven games, with the Lightning scoring three-or-more goals in five of those games.

The team have had strong success on the power-play recently, improving their season performance to an 18.3% success rate – good for eighth in the league.

The new coaches also appear to be bringing in players that can truly add to the team and make a difference, with Croatian defenceman Ivan Sijan having an immediate impact in his first two games.

In terms of league standings, the Lightning are still sitting at the bottom of the Elite League, but teams around them have found wins difficult to come by and the gap between them has shrunk dramatically.

The Coventry Blaze, currently occupying the last play-off space in the league, are just four points ahead of the Lightning currently and are on a five-game losing streak.

The Manchester Storm, who sit just one place below the Blaze, are on a four-game losing streak and are only two points ahead of the Lightning.

The Dundee Stars are the team immediately above the Lightning, with just one point separating them both.

The Lightning face the Stars twice in the next few weeks and will have a strong chance of overtaking them – helping to push them closer towards the play-off places.

The difference between the bottom and middle of the league is beginning to close and aspirations of making the playoffs is something that could be attainable if the Lightning are able to maintain their recent strong form.

Things are beginning to finally fall in place for the Lightning and under this new coaching team, there is no reason why fans and players shouldn’t dream big.

Dundee are the next team the Lightning face, with the Milton Keynes club heading up to Scotland next Saturday (8th December) before facing the Fife Flyers at Planet Ice MK Arena the following day.