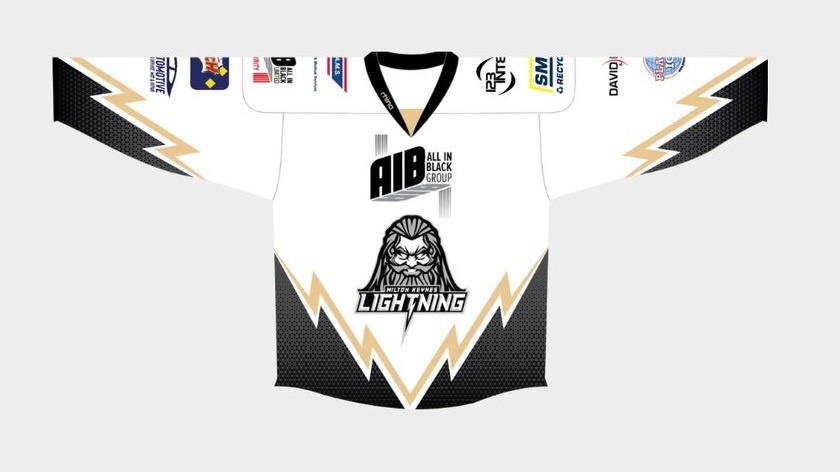 The All In Black Milton Keynes Lightning have today unveiled a brand new jersey ahead of the team's participation in the NIHL's Streaming Series.

The Lightning were recently named as one of three teams, alongside the Swindon Wildcats and Sheffield Steeldogs, that will be participating in a special series of information-gathering games for the NIHL National next month.

The series will be used as a way to see how the league could feasibly operate a season with an early 2021 start date, but will not see fans attend at arenas, with a special streaming service available for £12.

With game dates officially announced, the Lightning have decided to don a newly designed jersey for the four-game series.

The new jersey will see the Milton Keynes club return to its traditional colour scheme of black, white and gold, with new primary sponsor All In Black placed above the popular Zeus logo.

The jersey incorporates the popular lightning bolt design from years' past and will be a hit with fans of all ages.

They will only be used for this limited series of games, with the club confirming that the usual set of light, dark and warm-up jerseys will be announced if/when the new season is officially announced.