MK Lightning: Valiant fight back not enough to earn points against Devils 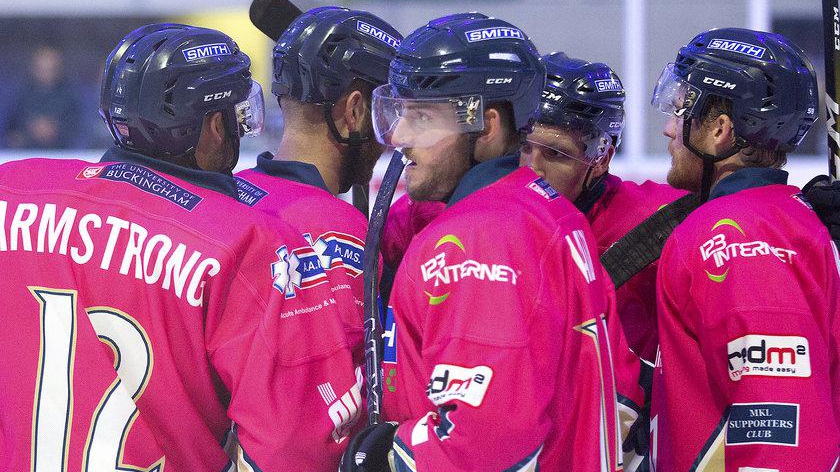 A superb showing in the third period was not enough to secure the Smith Recycling Milton Keynes Lightning points against the visiting Cardiff Devils.

The Lightning fell 5-4 to the reigning League and Playoff Champions in their Challenge Cup tilt last night (Sunday 14th October), with the Lightning coming from 4-0 down to within a hair of pushing the game into overtime.

Despite the loss, Doug McKay’s men can feel proud of their effort after suffering a heavy 9-1 loss the last time the two teams met this season.

The Lightning, who were without defenceman James Griffin and forward David Norris and Joonas Huovinen, were on the back foot from almost the word go – finding themselves down a man when Gorgs Golovkovs was sent to the box for tripping after just one minute in the game.

The Devils, who came close to claiming a treble of titles last season, capitalised on the powerplay opportunity, with Joey Haddad slotting the puck beyond goaltender Patrick Killeen less than a minute into the advantage.

The first period played out fairly fluidly, with the Devils forced into the penalty kill just under 15 minutes into the game when Stephen Dixon sent to the box for a hooking penalty.

The period ended with the Devils 1-0 up after the Lightning weren’t able to take advantage of their powerplay opportunity.

The second period saw the Devils capitalise on a number of miscues for the Lightning, resulting in three goals scored within eight minutes – with Charles Linglet, Sean Bentivoglio and Mike Hedden all scoring to give the visitors a comfortable 4-0 lead.

The Lightning responded with their first goal of the night coming from Andreas Valdix, but this was quickly countered with the Devils’ fifth goal of the game coming just a minute later.

Canadian defenceman Gleason Fournier then found himself in the box for hooking, giving the Lightning another powerplay opportunity.

This time they took advantage and recent arrival Nelson Armstrong’s slapshot found its way past Stephen Murdy to pull the home team within three.

Fournier found himself sent back to the box immediately after the Lightning scored, this time for misconduct, giving the Lightning even more time on the powerplay.

Nothing came of it, and the second period ended with Joey Martin receiving a delay of game penalty to start the third when he lifted the puck over the boards.

The Lightning came out from the break in a far more positive way, putting plenty of pressure on the opposition defence.

But they found themselves killing a 5-on-3 penalty when Cole Shudra was called for tripping and a hit from Armstrong was adjudged to have been a check to the head by the referees – with the Canadian receiving two-plus-ten, ending his game with just over ten minutes left in the period.

The Lightning held firm and kept the Devils at bay for the entire third period, pulling within one goal when the puck bounced over Murdy’s head – with the goal being given to Eric Neiley.

The man advantage was not enough to see the home team snatch a goal and the buzzer sounded to bring an exciting game to a close.

Speaking after the game, Canadian defenceman Nelson Armstrong commented: “We had a little bit of a collapse there in the second period and they capitalised on it.”

“But our team showed a lot of character in coming back and making it a one-goal game. A couple of bounces and it could’ve been tied up.”

Armstrong himself, playing just his second game in Lightning colours, opened his goalscoring account with the team in this game.

Commenting on his first goal, he said: “It feels good, I’m just happy to contribute to the comeback there.”

Besides the team’s collapse in the second period, the Lightning proved that they are capable of competing with the biggest teams in the Elite League.

Positives from this game and last Sunday’s win over the Nottingham Panthers should spur the team on when they head into next weekend’s triple-header, with back-to-back home games against the Belfast Giants coming before an away trip to local rivals the Coventry Blaze.