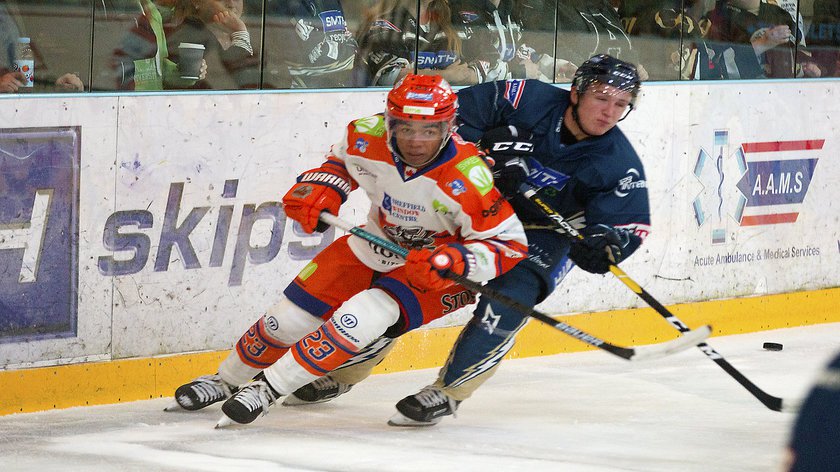 Despite keeping pace for the majority of the game, the Smith Recycling Milton Keynes Lightning were unable to overcome the Sheffield Steelers, losing 5-2 in their 2018/19 Elite League home opener.

The Lightning entered the game having bested the Steelers 3-2 in the official opening game of the season the previous night and looked like they were going to claim two points once again.

Both teams shared some early chances, forcing saves from starting goaltenders Patrick Killeen and Jackson Whistle before the Lightning were on the powerplay.

After just over two minutes, Steelers forward Chris Lawrence was sent to the penalty box for high sticking.

The five-time EIHL champions held strong though, killing the penalty despite a few chances from the home side.

Just over five minutes later the visitors were down to four men once again, with David Phillips sent to the box for roughing.

Lightning jumped at the second powerplay opportunity and took the lead thanks to former Steelers forward Eric Neiley, assisted by Tim Wallace and Michael Fine after less than one minute on the powerplay.

The game was end-to-end for the majority of the first period, with the Steelers once again killing a holding penalty after just over 13 minutes.

Three minutes later and it was the home side that were trying to kill a penalty with former NHLer Wallace sent to the box for tripping, with the Steelers scoring a powerplay goal just over one minute into the advantage.

The Lightning started the second period with a 5-on-3 deficit thanks to penalties given to Ryan Lannon (holding) and Cole Shudra (interference).

However, the home team held firm this time and the second period saw no goals, with the teams each sharing plenty of penalty minutes.

The third period also started with the Lightning down to four men thanks to a Shudra interference penalty, with Doug McKay’s men down to just three men after 19 seconds with James Griffin sent down for hooking.

Once again the Steelers scored on the powerplay, this time through Josh Pitt, but their lead was short lived with David Norris scoring the equalising goal just 14 seconds later.

Pitt was involved heavily in the third period, receiving two penalties and scoring another two goals to secure his hat trick and two points for the Steelers.

Evan McGrath’s second goal of the night was sandwiched between Pitt’s second and third, with the Lightning unable to claw their way back.

It was a spirited effort for McKay’s men, who managed to push the Steelers deep into the game.

19-year-old forward Rio Grinell-Parke, on a call-up from the Lightning’s affiliates the Milton Keynes Thunder, also performed well – adding an extra body with both Martin Mazanec and Owen Griffiths not icing for tonight’s game.

Speaking after the game, head coach Doug McKay said: “Last night [Saturday 8th September] we battled and won 3-2 and we had them right until about half a period to go, 3-2 again for them.”

“Our kids, they played hard, played well and this is a learning experience. Everyone wants to win, but it’s a process.”

“We’ve got to work on being disciplined and focused, and work as a team, and it’s going to come. It’s going to take time though, everyone’s going to have to be very patient.”

“This is a young group, doesn’t have much professional experience and we’re going to work together.”

The Lightning’s next home game is Saturday 15th September when they welcome the Coventry Blaze to MK Arena for their first Challenge Cup fixture.