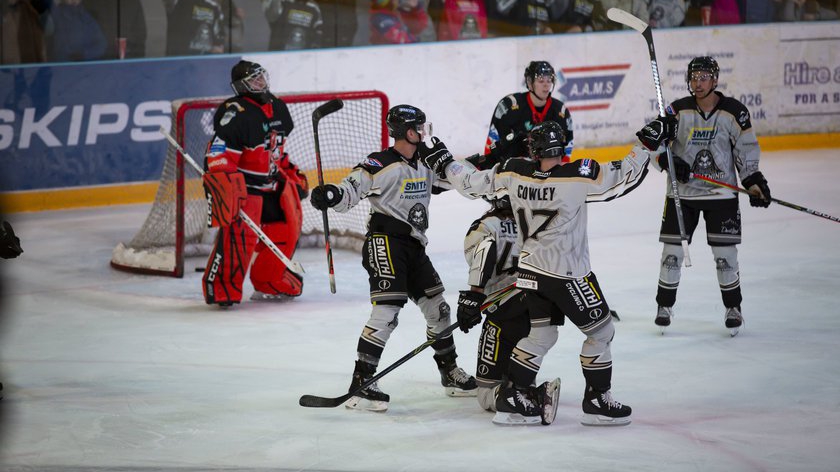 The Smith Recycling Milton Keynes Lightning have put together their first winning streak of the season, securing two points in a 5-2 win over the visiting Telford Tigers.

The Lightning have now claimed six points in their last three games and are now tied with the London Raiders on 16 points, pushing them closer to the desirable playoff positions.

Last night's game began in frantic style, with both teams flying across the ice at pace trying to get out in front early and put pressure on the goaltenders, with Telford seemingly enjoying the majority of possession during the first period.

Both sides had a power-play opportunity in the first 20 minutes, but nothing came of either and a fairly clean, high-energy period came to an end with both sides tied at 0-0.

From then on out, the game began to turn on its head and the Lightning were able to slow things down and take control, playing a style that better suits them.

The home side's penalty-killing unit stood on its head, however, and both players returned to the ice without the Tigers getting on the board.

It was the Lightning that struck first in this one, with a power-play opportunity coming just shy of the half-hour mark. Canadian-born winger Cale Tanaka made a perfect pass to Robin Kovar, who was wide open, allowing the big Czech forward to tap the puck in at the back post.#

It took less than five minutes for the Lightning to extend their lead to two, with a scramble of shots coming in front of the Telford goal. Liam Stewart picked up the puck and had a shot attempt interrupted before he regained his footing and sent another beyond the reach of Bradley Day.

Disappointment and a long penalty kill came five minutes later, with Kovar deemed to have slew-footed a Telford player, seeing him sent to the box for a five-minute major. Words appeared to have been exchanged with the officials and Kovar was ejected from the game for misconduct.

The Tigers used this five-minute power-play to get themselves on the board thanks to Ross Kennedy's shot from the point flying through traffic.

The Lightning put themselves two ahead once again seven minutes later, thanks to a beautifully worked goal from Liam Stewart, who took the puck down the left side of the ice before deking past a sliding Telford defenceman, slotting home the wrist shot to rapturous applause from the crowd.

Telford struck again shortly afterwards through Finley Howells, but Stewart once again spoiled the party after he earned his hattrick goal less than one minute later.

The two sides battled hard, but the Lightning held on and forced the visitors into pulling their goaltender, which allowed Stewart to earn his fourth goal of the game, taking the puck down the left side of the ice from the Lightning's own zone, sending a simple back-hand shot into the empty net with just 25 seconds left in the game.

The Lightning now travel to face the Hull Pirates in hopes of repeating last Saturday's battling victory to continue the positive run of form they have shown in recent games.