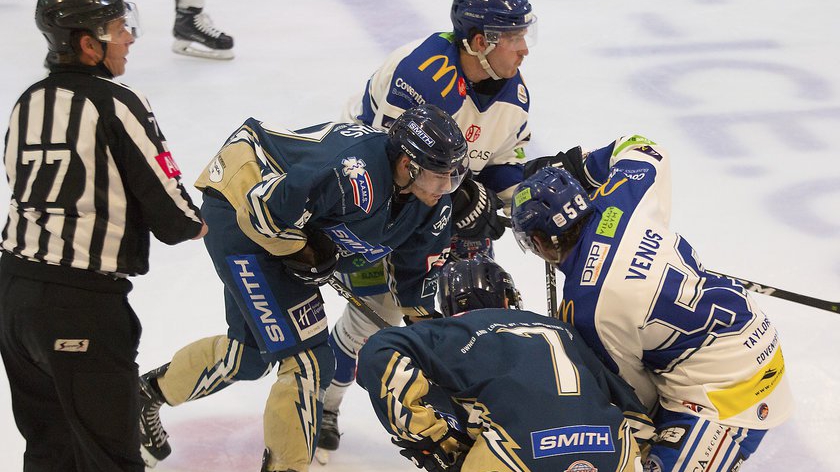 The local rivals are both still hoping to sneak into the playoffs by the end of the season and will see this game as the perfect opportunity to gain two valuable points.

For the Lightning, they will be in a buoyant mood after a spirited trip to Scotland saw the team score seven goals in two games and come away from their most recent game against Dundee with two points.

The Lightning (11-21-2) are on a two-game scoring drought at home, having failed to get past the goaltenders of the Guildford Flames and Cardiff Devils prior to New Year’s Day.

But home ice has been far more favourable for the Lightning throughout the season, with the loud crowds providing the perfect atmosphere to encourage the players.

If the Lightning can have better success on the power-play, it could shift the balance of the game and see the home side produce a much-needed win in front of the home crowd.

Robbie Baillargeon has stormed ahead as the team’s top goal scorer, with 15 in just 23 games since he arrived from the Tulsa Oilers.

Speedy Latvian winger Georgs Golovkovs is just one goal shy of reaching the double-digit mark and has 21 points to his name this season – producing some of the best game-winners in recent memory.

Meanwhile, the visiting Blaze (12-13-6) have 18-goal scorer Ben Lake leading the way with 40 total points this season, with Tim Crowder and Alex Nikiforuk both having double-digit goals and 35 points each this season.

Tonight’s game will be a tough battle for both sides, but the home advantage could play a significant role for the Lightning.

The good news for the team is that starting goaltender Patrick Killeen should be available to play, with the big Canadian set to sign autographs after the game.

If needed, however, the Lightning have a solid backup option in Adam Goss – who helped the team remain competitive and claim two points from their trip to Scotland, facing over 100 shots over the two games.

No matter the result, tonight’s game should be a lively one between two local rivals that are separated by very few points – with this game potentially having an impact on how the final standings look at the end of March.

The game between the Lightning and the Blaze gets underway at 7pm at Planet Ice MK Arena.