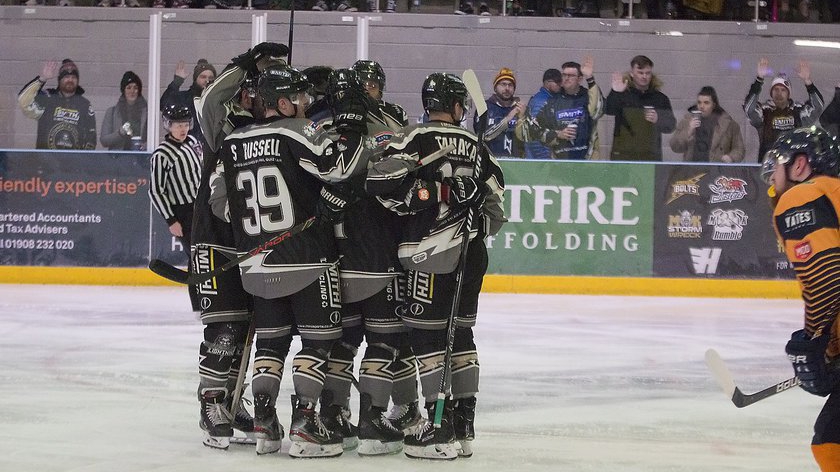 The All In Black Milton Keynes Lightning have today announced that Zach Sullivan will join them for their Streaming Series, which kicked off last weekend.

The Lightning have brought in yet another Elite League calibre reinforcement for the team's Streaming Series, which began with an 8-6 away loss to Swindon Wildcats last Saturday.

The 26-year-old right-handed blueliner has racked up 309 regular-season appearances in the top tier of British hockey over the past six seasons, playing for the Braehead/Glasgow Clan and most recently with the Manchester Storm.

Focusing primarily on his own zone responsibilities, Sullivan has registered just four goals and 42 total points in his EIHL career - having a further 23 points (1G, 22A) in 150 appearances in the old EPIHL.

Now, for the remainder of the Streaming Series, Sullivan will provide help for the Lightning's defensive corps - who were limited to just five players last weekend after key withdrawals from the likes of James Griffin and Leigh Jamieson.

While playing for the Lightning, Sullivan will don the #42 jersey.

Speaking of his latest addition, head coach Lewis Clifford commented: "I’m really happy to have Sully on board for the remainder of the Streaming Series.  We are a little short at the back at the moment so to have a player of his quality contact me and want to play is a huge boost."

He added: "Sully is a solid Elite League defenceman and he will make the right plays at the right times to keep us moving up the ice and be a big help with our transition game."

Sullivan himself said of his joining the Lighting: "I’m really excited to be a part of MKL for the rest of the Streaming Series."

"Hopefully it is a huge success which showcases British hockey in the best possible way and leads to further games and a season being able to take place."