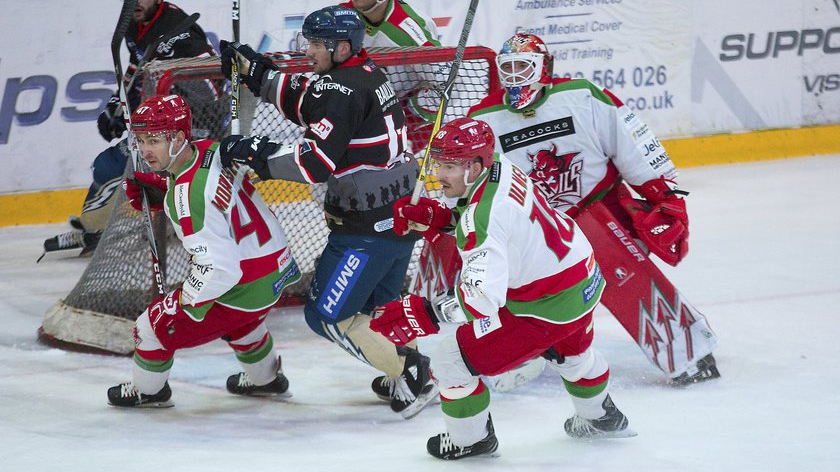 Since his arrival in Milton Keynes, Baillargeon has produced at an excellent rate offensively and looks to be a key piece to the puzzle for the Lightning moving forward.

In Wednesday’s 6-1 thrashing of the Glasgow Clan, Baillargeon opened the scoring to earn his fifth goal of the season with his new team.

In seven games for the Elite League outfit, Baillargeon already has six points, with an assist to go along with his five goals.

Despite results not going for the team for most of the season, and head coach Doug McKay departing the team for personal reasons, this particular signing might be viewed as one of the best as the season rolls along.

But things could have been different for the 24-year-old, with Baillargeon starting the season on the books with the Orlando Solar Bears in the ECHL, before being traded to the Tulsa Oilers just before the start of the season.

He featured in just one game for the ECHL Oilers before finding himself travelling across the Atlantic to join the Lightning – his first foray outside of the USA.

Speaking after Wednesday’s game, Baillargeon was asked how he is settling into his new environment.

Baillargeon commented: “I never expected to be here, in Europe in general, this year, if you go back to the end of September, beginning of October.”

“But, overall, I like it. I have a former teammate on the team, David Norris, so we kind of got connected.”

“Overall it’s great, it’s my first time in Europe so really it’s nice to come over here and see what England’s all about and travel a little bit.”

“I’m enjoying my experience, [it’s] a little bit different. Driving has got me screwed up a little bit, different customs but overall pretty similar.”

While former Arizona State teammate David Norris had a clear impact on Baillargeon’s signing, it was coach McKay that brought him over to the UK.

But with the Canadian leaving the team after just a few weeks of Baillargeon’s arrival, he was asked to give his own reaction to the news after the 6-1 triumph.

Baillargeon commented: “At the end of the day it’s just a business, those decisions are always tough.”

“It’s not the first time I’ve been in a situation like this, where coaches are let go during the season, so it’s always tough.”

“As players, you want to take it upon yourself and when the players don’t play great the coach gets the short end of the stick there.”

“But through all that, it’s awesome to come out here and get a win and give these fans something to cheer for and be happy about.”

He concluded: “Now we’ve got to keep it going into the weekend and we come right back with these guys on Saturday so I’m pretty sure that’s going to be another hard battle.”

The Lightning face the Clan in Glasgow later today before returning to Planet Ice MK Arena tomorrow to battle local rivals the Coventry Blaze, with face-off set to take place at 5:15pm.