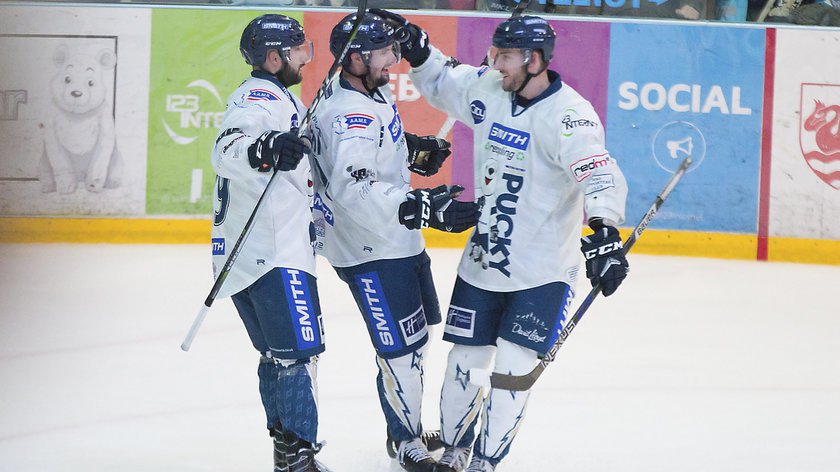 The Smith Recycling Milton Keynes Lightning made it two wins in their last two with a strong 4-2 victory over the visiting Fife Flyers.

The Lightning headed into Sunday’s game on the back of a 5-2 road loss to the Dundee Stars but looked lively from the get-go.

Both teams shared minor chances early on in the game, but things began to kick into gear when a Clay Anderson shot was blocked by goalie Shane Owen, with the resulting rebound falling to Radek Meidl in front of the net.

Meidl’s shot was saved from Owen, but the close call appeared to invigorate the team and saw them push forward at every opportunity.

It took just over 12 minutes but the home side opened the scoring thanks to a Robbie Baillargeon wraparound.

The American forward received the puck from Michael Fine behind the Flyers’ net and managed to wrap his stick around and slide the puck beyond the reach of Owen.

The Flyers had a golden opportunity to pull ahead when Andreas Valdix was sent to the box for a cross check just over a minute after the Lightning’s first goal.

A strong defensive performance ensured that the Lightning killed off the penalty to hold on to their one-goal lead.

Both teams battled end-to-end until Mike Cazzola found himself in the box for a cross check at around 17 minutes in the first period.

The Lightning capitalised on this opportunity, with their strong new-look power-play unit working the puck around the Flyers’ defensive zone with relative ease before Baillargeon’s wrist shot flew beyond Owen’s glove – with the American picking up his tenth goal of the season.

The Lightning headed into the break with a two-goal lead while also holding another man-advantage when Brett Bulmer was sent to the box for a roughing penalty – accompanied by offsetting penalties for the Anderson and Paul Crowder for slashing and roughing respectively.

The visitors came back hard in the second period, reducing the deficit to just one after just over a minute in – with a Cazzola wrist shot flying beyond Patrick Killeen’s diving save attempt.

Both sides shared a number of penalties throughout this game, with five penalties given during the middle period, but neither were able to break through strong penalty killing units.

However, it was the Flyers that finally brought the game level with Evan Bloodoff scoring with just under three minutes left in the period.

A slashing penalty against Jordan Buesa saw the Lightning capitalise and take a lead that the visitors would not pull back from – with Michael Fine picking up the game-winning power-play goal for the home side.

A flurry of penalties later, including three consecutive calls against Czech defenceman Martin Mazanec, and the Lightning extended their lead to two.

Player-coach Tim Wallace’s smooth stick handling allowed him to slot the puck through Owen’s five-hole for the team’s fourth goal of the game, a goal that surprised many due to the speed in which it trickled into the net.

The Flyers came close to pulling within one once against with a shot rocketing off the Lightning’s post, but it wasn’t to be.

The Lightning have now won back-to-back home games for just the second time this season and will face the Dundee Stars next Saturday hoping to extend that positive home run.