Harry Ferguson back for third season with MK Lightning 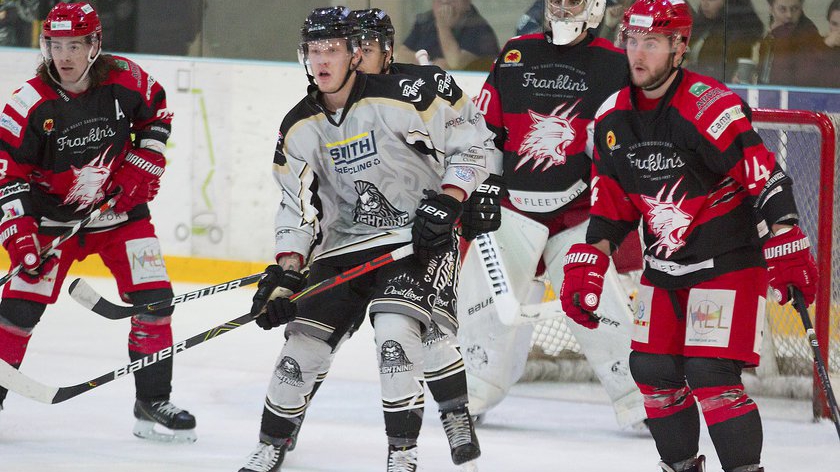 Scottish forward Harry Ferguson will be back for a third consecutive season for the Smith Recycling Milton Keynes Lightning in 2020/21.

Ferguson originally joined the Lightning after a six-game spell with bitter rivals the Peterborough Phantoms during the 2018/19 season, while the team were in the Elite League.

He primarily played a bottom-six role with the team, showing great tenacity and physicality as a young player. Since making his debut with the club, he has racked up over 94 regular-season appearances.

Returning for the team's return to the second tier, Ferguson registered 24 points (12 goals, 12 assists) in 45 games - being named the Lightning's most improved player of the season at the end of year awards.

Having worn the #7 jersey when he initially arrived in Milton Keynes, Ferguson switched to his preferred #14 ahead of the 2019/20 NIHL National season - the same number he will wear when hockey returns for the 20/21 campaign.

Speaking of Ferguson and the reasons why he was brought back, head coach Lewis Clifford commented: "Last season Harry was deservedly our most improved player, which is testament to the hard work he put in and the positive attitude he bought to the room, bench and ice every night."

"It took us a while to get Harry playing how we wanted and to his potential, but when we did he was a huge contributor night after night and helped himself to a healthy points total."

He concluded: "Harry’s a great team player, he works hard for the jersey every night, he is a big body with a good skill set and skates well.  I’m really happy to have Harry back in the team for next season."

Speaking of his return to the team, Ferguson commented: "I am over the moon to know that I’m coming back to Milton Keynes and dying to get back into the MKL colours for what I personally feel will be a fantastic season."

"I’m really happy to be contributing towards competing to win some silverware this season, and I would like to say a huge thank you to all the fans last year."