Consistency and continuity the theme for MK Lightning off-season 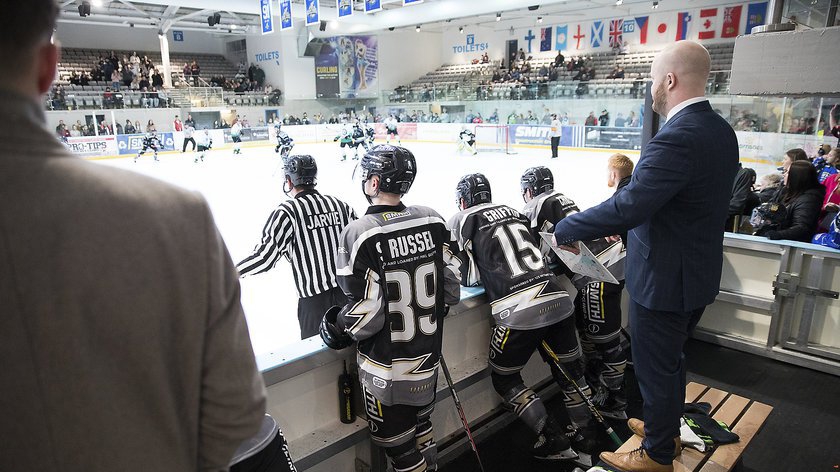 The Smith Recycling Milton Keynes Lightning have begun building their roster for the 2020/21 season, with consistency and continuity being a clear theme for the team.

The old adage of 'don't fix what isn't broken' is something that can be applied to many successful sports teams over the years and is something that is especially prevalent with the Lightning's first spate of player signings ahead of the 20/21 NIHL National campaign.

To date, the Lightning have unveiled seven new signings, with their eighth largely expected to be announced this Friday (5th June), following the recent trend of weekly announcements keeping fans informed and excited for the season ahead.

Of the seven signings already announced, six of them played under head coach Lewis Clifford during the 2019/20 NIHL campaign and were all pivotal in turning the team's early struggles around.

Injuries and inconsistent play right out of the gate saw the Lightning languish down at the foot of the table, battling the newly established Leeds Chiefs to avoid the dreaded bottom spot.

By the end of the season, the team returned to health and Clifford, making a few adjustments with personnel, saw the Lightning ultimately finish the season with a 24-20-6 record (54 points), good for sixth place in the league.

Their final standing was good enough for a place in the playoffs, which they were unable to compete in, and it is a target that the team will now be looking to better when the next hockey season eventually begins.

Seeing players such as Liam Stewart, who was a dominant player in Lightning colours and contributed heavily to the team's improved form, ending the season as top goalscorer with 37 in just 35 games, as well as club icons such as Leigh Jamieson, James Griffin and Grant McPherson all returning for another season should have fans excited for what is to come.

The players returning will do so having greater familiarity with their teammates, having all worked at developing chemistry both on and off the ice, putting the Milton Keynes club in a strong position to compete for silverware in 2021.

Last season saw Clifford tasked with building an entirely new team after the change in ownership and the drop out of the Elite League, but this off-season will see Clifford already have a clear idea of what worked well last year and the areas he'd like to continue to improve to truly put the team back at the top of the pack.

The newest face on the team, Edgars Bebris, is a perfect example of that, as he will bring with him a penchant for scoring goals and putting up big numbers while also not counting against the import limit.

The 2020/21 season should see the Milton Keynes Lightning get off to a much better start and compete far more consistently across the campaign, while still looking very similar to the team that fans followed last season.

With no hockey for at least many more months, fans will be waiting the team's weekly announcements with great anticipation as they begin to picture what the team will look like once they eventually take to the ice.