Is this the year of Matt Smith for MK Dons? 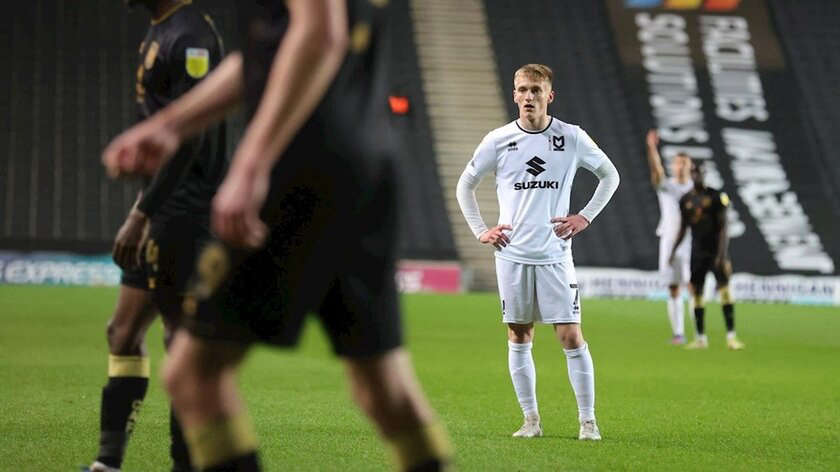 Could the 2022/23 League One season see a breakout from Milton Keynes Dons midfielder Matt Smith?

The Dons signed 22-year-old Smith during the January transfer window, but the Welsh midfielder did not feature much for Liam Manning's side in the final half of the season.

In total, the former Manchester City youth product appeared in just four league matches for the Dons after arriving with plenty of hype and intrigue over his potential in the team's possession-based system.

Truth be told, it was a challenging time for any new arrival to break into the starting eleven for the Dons, who were at the time riding high on a string of unbeaten games and were enjoying the flourishing partnership of Conor Coventry and Josh McEachran in the centre of midfield.

During the final stretch of the season, some added physicality was needed and the only times the Coventry/McEachran partnership was separated was to allow David Kasumu to step in and provide that bite that no-one else could.

This saw Smith sitting firmly fourth in the pecking order at Stadium MK, with his only real impact coming in the 3-1 victory over Cheltenham Town in March - seeing the Wales international make his first start for the team while also providing the assist for Troy Parrott's first goal of the evening.

Smith spent his time sitting on the bench, watching as the team came ever so close to earning promotion to the Championship, but could the 2022/23 campaign see him become one of the team's breakout stars?

Since the end of the season, Smith has linked up with the Wales National Team, where he has featured in a couple of games - playing a full 90 minutes in his country's UEFA Nation's League match against Poland before making a 78th-minute substitute appearance against the Netherlands a week later.

Playing competitive international football this off-season will do Smith a world of good after such limited match time since arriving at Stadium MK, and it could put him in good stead to have a big impact on the team this time around.

Kasumu and McEachran are both out of contract and have yet to make a final decision on where they will play their football, while Coventry returned to West Ham United after his loan expired, paving the way for Smith to fight for one of the starting spots.

A full pre-season under Liam Manning should benefit both the players and staff, who joined early into last season, and the Redditch-born midfielder is bound to be determined to hit the ground running after featuring for Wales.

At 22, he is still very young and has plenty of room to grow, despite already having a Dutch second tier title to his name as well as a number of Football League appearances under his belt, and being able to work hard in training before competitive action returns should give him enough time to settle into the role he will play with the team.

Each year there always seems to be one player that makes that leap and impresses both the coaches and fans, and this season's early candidate to do that could certainly be Smith.