Will Grigg off to a great start in MK Dons return 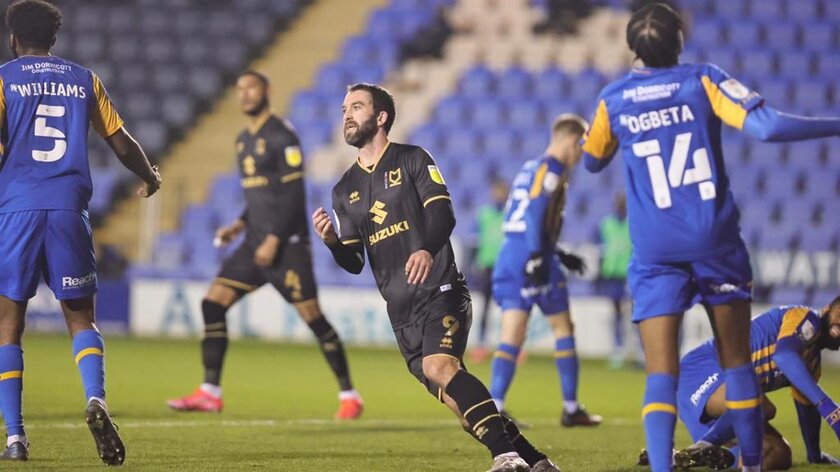 Will Grigg was no stranger to Milton Keynes Dons when he arrived late on transfer deadline day back in January, and he looks every bit the player that fans remembered.

The 29-year-old striker had an exceptional year-long loan spell with the Dons back in the 2014/15 League One season, with the club earning automatic promotion to the Championship for the first time in history.

Grigg was a prominent figure under then-manager Karl Robinson, contributing 20 goals and a further five assists in 44 league appearances for the Dons, playing alongside the likes of Benik Afobe and Dele Alli.

The Dons attempted to retain the Northern Ireland international on a permanent deal, but the Solihull-born striker ended up signing for Wigan Athletic, going on to score 65 goals for the club before his move to Sunderland.

His time with the Black Cats had been a struggle, ultimately leading to his short-term loan deal back to Stadium MK, and Russell Martin's men are once again seeing the best of Grigg even after such a short time.

In six matches since his return to Milton Keynes, Grigg has been involved in six goals, including three of his own, and has formed a strong partnership with Cameron Jerome and Scott Fraser.

Grigg has been an influential player, helping the team to three wins and a draw in his early appearances, seeing him play with composure and find the scoring touch he seemed to lose at the Stadium of Light.

The necessity to bring Grigg in came as a result of the departure of Carlton Morris, who has started to find his feet in the Championship, but it appears as if the deal will benefit the Dons even more.

With Grigg's six goal contributions for the team, and with the way the Dons have been playing since the turn of the year, he looks set to provide even more as Martin seeks to solidify the team's mid-table position.