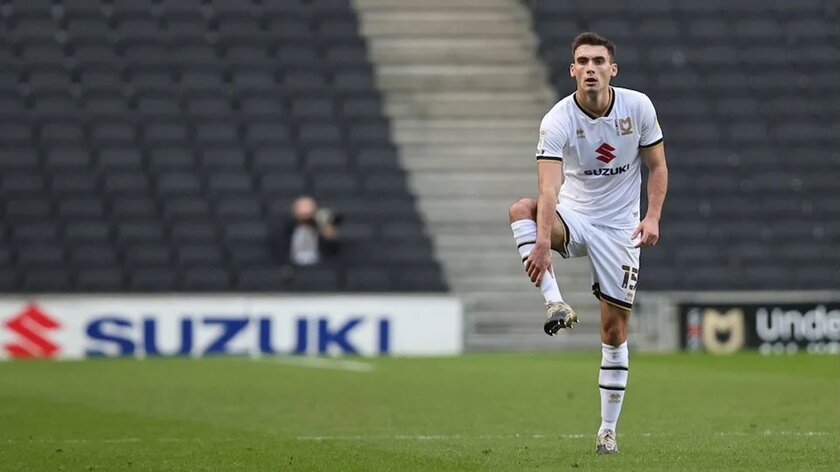 O'Hora, 21, has had a strong start to life at Stadium MK, having originally joined the club on a season-long loan from Brighton & Hove Albion.

In his first season at the professional level, the Republic of Ireland youth international has become a key feature of the Dons' back three, gleaming plenty of knowledge from club captain Dean Lewington and the soon-to-depart Richard Keogh, often holding down the right-sided spot.

The former Bohemians youth player has made 17 appearances in all competitions for the Milton Keynes club and has grown from strength to strength under the guidance of manager Russell Martin.

With his contract with Brighton set to expire in the summer, O'Hora was keen to keep playing regular, meaningful football and has now secured his long-term future with a permanent contract signed with the Dons.

Speaking after putting pen to paper, O'Hora commented: "I’m over the moon, I’ve enjoyed my time with the Club ever since I arrived back in pre-season, so I’m happy to be here on a permanent basis."

"I’m certainly enjoying my football here and hopefully that’s showing on the pitch. Obviously now I want to get back on the pitch after my little injury setback."

He added: "Every footballer wants to keep improving and developing, and I think MK Dons is the best place for me to do that."

"It’s a big ambition of mine to keep moving forward and I know I can do that with this Club. I’m really excited for the future."

With O'Hora's future with the club locked up, boss Martin said: "It’s brilliant news for the Football Club; in both the short-term and the long-term."

"He’s been one of our best players this season and certainly earned this contract. The challenge for him now is to establish himself as a top player at this level."

He concluded: "He has also real leadership qualities which, now he’s our player, we hope to see come through even more too."