Warren O'Hora progressing well, back in training with MK Dons 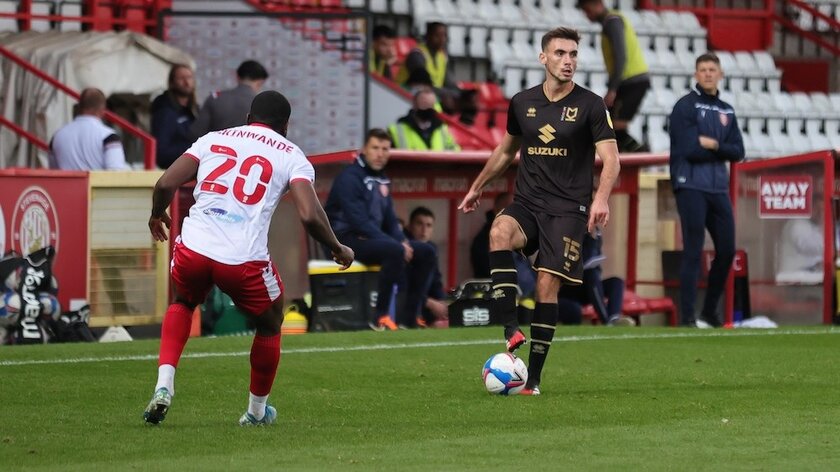 The 22-year-old centre back joined the Dons initially on loan from Brighton & Hove Albion and impressed greatly, earning himself a permanent move to Stadium MK in January - making 31 appearances, with two goals and two assists, in his debut season in League One.

Unfortunately, the Dublin native missed the final seven matches of the 2020/21 season due to a persistent foot issue, which required surgery to repair, and he has been undergoing rehabilitation since the end of the campaign.

Now, though, the former Republic of Ireland Under-19 international looks set to be ready for the beginning of the new season after returning to training with the team this week.

He explained: "He's been brilliant in terms of his rehabilitation. He's done absolutely everything to the letter and pushed himself."

"He's come back, he's just started to train with the group now. He doesn't look like he's missed a single day."

"It's really a credit to him. It's a gruelling thing when people are having their break over the summer and you're still working really hard."

He concluded: "He's taken all of that in stride and we're very pleased with the progress. I actually think in a few more sessions he'll be able to take part in absolutely everything that the squad are doing."