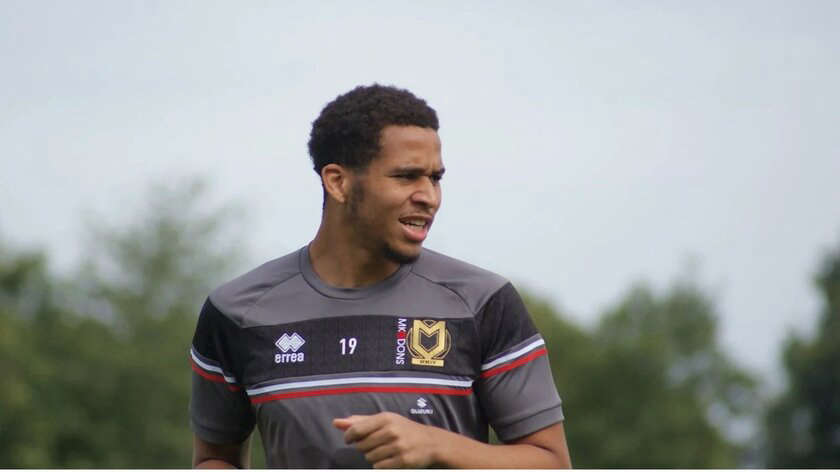 The 22-year-old forward has joined the Grecians for an undisclosed fee, having found himself surplus to requirements in the Dons first team last season.

Prior to the 2020/21 season, Nombe had accumulated 46 total appearances for the Milton Keynes club, scoring five goals and adding a further two assists - with the majority of his appearances coming during the COVID-shortened 2019/20 campaign.

With a change of style and formation under Russell Martin last season, Nombe found himself as the odd man out and he took up a loan move at Championship club Luton Town, where he made 12 total appearances and struggled to make an impact at the next level.

Now, with regular first-team football key to his future development, Nombe has moved to the fourth tier to play for Exeter City and get his career back on track after a difficult 12 months.

The move had been rumoured on social media yesterday, but now the two clubs have made it official, with Nombe set to wear the No.10 shirt for his new club.

The Dons wished Nombe well on their official website, stating: "The Club would like to thank Sam for his contribution during his time at Stadium MK and wish him every success in the future."