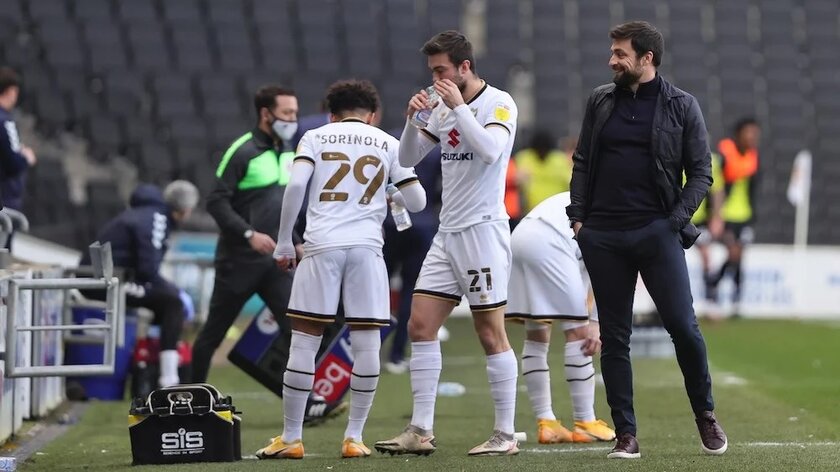 Dean Holden departed the Robins in the middle of last week and Martin was one of a handful of people mentioned as potential suitors for the vacant manager's job.

After some wild speculation, Martin was on the side-line to see his side battle to a 4-3 victory over local rivals Northampton Town, seeing the Dons climb to 11th in League One and pick up their seventh victory in their past ten league matches.

Martin has now spoken about how content he is at Stadium MK.

Speaking to MKFM today, Martin explained: "I'm still here, I'm still very happy. I am really focused on trying to make us improve as much as possible and I am fully invested in the people, the culture at the club and the players we have."

"I think whenever a player gets linked or a manager, whoever it is, it's a sign hopefully we're doing alright."

He continued: "It's because we've been winning games obviously, which is a good thing, but when you're a player for such a long time you learn to ignore the noise."

"I spent such a long time at one club because I felt so invested in the people and what we were doing there."

He concluded: "I had a lot of that as a player, a lot of stuff used to come up, you just learn to bat it away and if you're happy and you enjoy what you're doing, there's no need to look elsewhere really."