Russell Martin: Kieran Agard ruled out for cup games due to injury 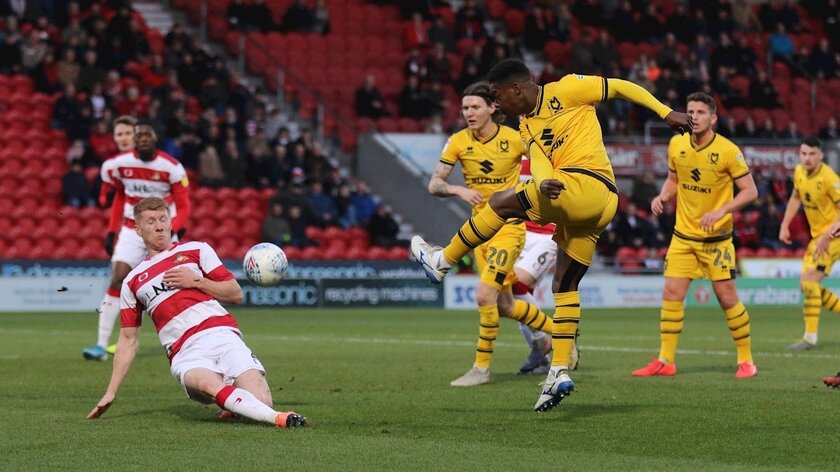 Milton Keynes Dons boss Russell Martin has revealed that Kieran Agard will not feature in either cup game over the next few days due to injury.

Speaking in this morning's press conference, Martin stated that Agard, who has plummeted down the pecking order at the club, had a chance to earn some minutes with the upcoming cup fixtures, but has now been ruled out due to injury.

The team's third-highest all-time goalscorer suffered an injury during pre-season and has not featured in the first-team picture at all during the 2020/21 campaign.

The matches against Eastleigh and Southampton U21s could have been an opportunity for the club's record signing to play some meaningful minutes and show what he can contribute to the side.

However, Martin confirmed that that was no longer possible after Agard had missed training all week due to an injury and will not be training for at least a few more days.

He explained: "It might have been [an opportunity], but he's picked up an injury, just a small one."

"He hasn't trained all week and he won't train in the next few days, he won't be available for these two games, which is a shame for him."

He concluded: "He might have had the opportunity to be involved at some point, but Simon and the medical team are monitoring that and hopefully it won't be too long for him until he's back training and getting fully fit again."