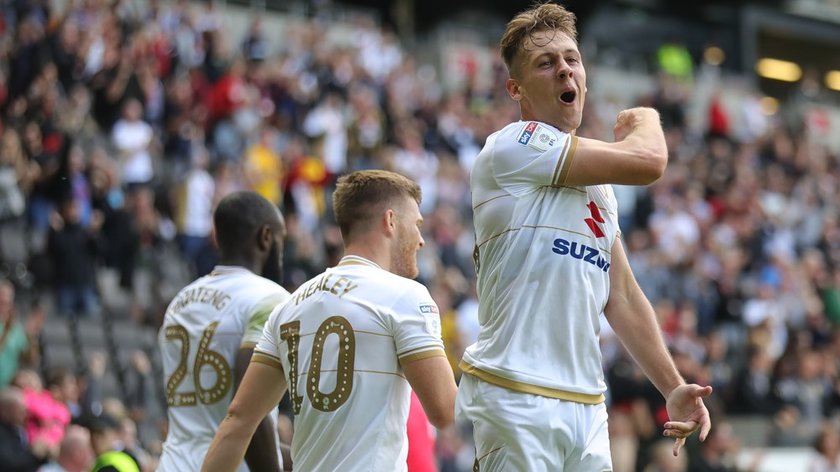 Milton Keynes Dons manager Russell Martin is hopeful the club will receive positive news over the potential return of two players within the next 24 hours.

Joe Mason and Callum Brittain both saw their contracts expire at the conclusion of the 2019/20 season, but the possibility of the pair returning to the Dons has continued to be a running theme during pre-season.

Brittain especially has been an important figure for the Dons ever since making his debut for the club in January 201, having worked his way up through the youth ranks - going on to become a first-team regular and earning five caps for England Under-20s.

Mason, meanwhile, joined the Dons last season and struggled through some injuries before providing some important depth behind top striker Rhys Healey before the season was cut short.

Speaking in today's press conference, Martin expressed hope that the club would receive some positive news within the next 24 hours that would see the pair sign new deals with the club and add to the competitive squad the manager is hoping to build for the new campaign.

When asked about them, Martin commented: "With Callum and Joe we'll have some news in the next 24 hours."

"All being well, we'll hopefully see them back in the squad and back with us because they're both excellent players, excellent characters and people I've really enjoyed working with."

He concluded: "Hopefully we'll have some positive news in the next 24 hours."