Rumours aplenty around MK Dons in the transfer market 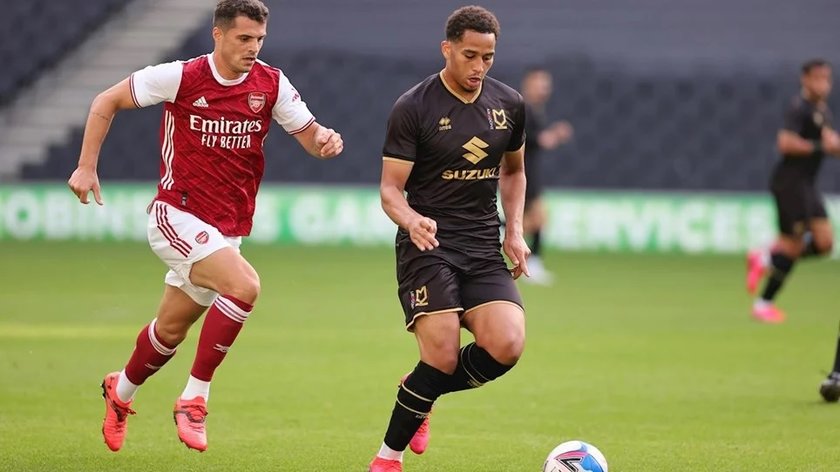 As to be expected at this time of year, rumours are swirling around Milton Keynes Dons in the transfer market.

The Dons have already brought in four new faces so far during this window, as well as re-signing goalkeeper Laurie Walker, but there are still many more comings and goings expected at Stadium MK.

Rumours are bound to emerge as the summer progresses, with the Dons needing to address a few areas of their team while also looking to offload some players.

One such player whose future lies away from Milton Keynes is striker Sam Nombe, who spent the 2020/21 season on loan at Championship club Luton Town.

It initially looked as if Luton would want to sign the Dons youth graduate on a permanent deal at the end of the season, but a lack of appearances for the Hatters cooled their interest.

Now, a report has emerged that suggests the young striker is set to join League Two club Exeter City on a permanent deal in the coming days.

Will Unwin of The Guardian has posted on social media that a deal is done and that Nombe will even wear the No.10 shirt when he joins the Grecians.

This report comes after another from earlier in the day that has linked Russell Martin's side with Scottish striker Lawrence Shankland.

With one striker set to leave the club, reports suggest the club has expressed an interest in bringing in another.

Alan Nixon indicated on social media that the club have enquired into Shankland's availability, needing to find a replacement for the departing Cameron Jerome.

The 25-year-old Dundee United striker has just 12 months left on his existing deal and could agree a pre-contract deal in January if no move, or new deal, is forthcoming this summer.

It appears, at this stage, that Dundee United's current ask for the goal scorer is too high, but this could change as the new season grows closer.

While there is no concrete news, the Dons certainly look to be taking a proactive stance in this market, both with the deals already announced as well as any interest rumoured.