Rhys Healey returns to MK Dons on a permanent deal 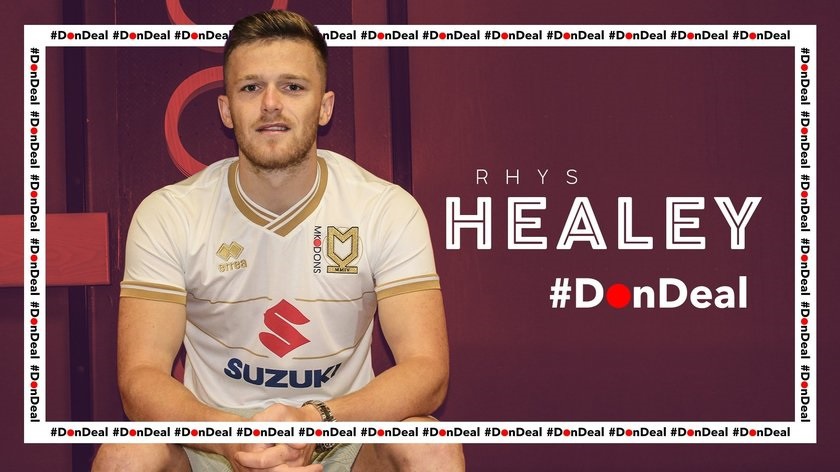 Milton Keynes Dons have today announced that popular striker Rhys Healey has returned to the club on a permanent deal.

The 24-year-old striker became a fan-favourite with the Dons faithful last season, spending the first half of the team's promotion-winning season on loan from Cardiff City, now re-joining the club for an undisclosed fee.

He now joins Kieran Agard and Joe Mason as the club's top forwards heading into the 2019/20 League One campaign.

In 18 League Two appearances with the Dons, Healey earned eight goals and added a further three assists, forming a strong partnership alongside Chuks Aneke and Agard before returning to his parent club.

After making just three appearances for the Premier League club, since returning from his loan spell, it was clear the Healey deserved an opportunity for first-team football and the Dons were a logical destination for him.

Speaking to iFollow MK Dons, Healey commented: "It was a no brainer for me, I really enjoyed my time here last season so as soon as this move come around, I was on to and desperate to get it done."

He added: "I was keeping an eye on results every week - I was a secret fan! I was desperate for the guys to get promoted and I was really happy when we got over the line."

He concluded: "I felt like I was playing some of my best football here last season so I’m ready to go again this season and kick on even more. Like last season, I want to work hard, score goals and help the team push up the league."