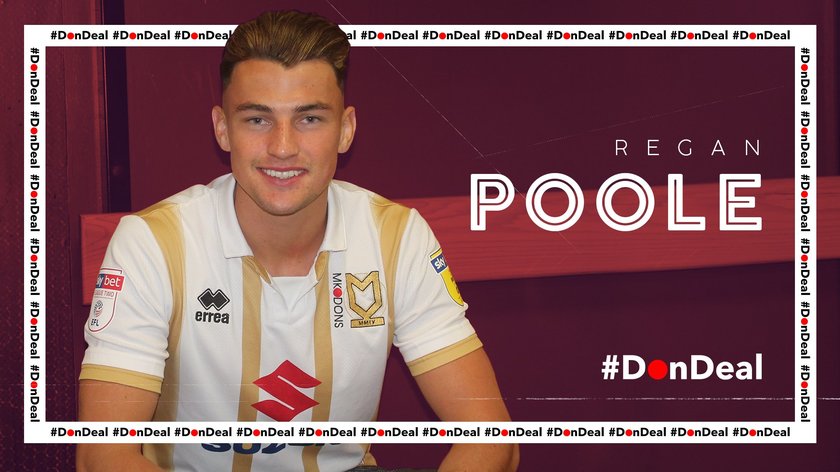 Milton Keynes Dons have today announced talented young centre back Regan Poole as their fifth summer signing ahead of their League One campaign.

The 20-year-old defender, who is currently the captain of the Wales Under-21 international team, joins the Dons on a free transfer after leaving Premier League club Manchester United.

Poole will be familiar to many Dons fans after making a number of appearances for local rivals Northampton Town and Newport County, with whom he started his career.

Capable of playing at right back and defensive midfielder, the defensive-minded player is a huge young talent that prompted the Red Devils to spent £180,000 on him back when he was just 17 years old.

He now joins manager Paul Tisdale's side in hopes of securing himself regular first-team football and continuing his development.

Speaking to iFollow MK Dons, Poole commented: "I’m delighted. As soon as I heard that the Club was interested in me, I was very excited and wanted to get the deal done."

"I spoke to the manager and he really interested me in the way he wants to work. I’ve played against the Club a few times and played here at the stadium and everything about the place just interested me. As soon as I knew they wanted me it was a no brainer."

He concluded: "This is a new stage of my career and I can’t wait to get started. It’s time to settle down, play some football and help this club be successful."